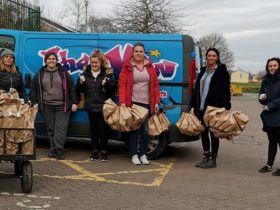 While Wales have broken records for their FIFA rankings since Euro 2016, Welsh football has set equally high standards at grassroots level.

UEFA have recognised Wales among seven nations, alongside the likes of England, Germany and the Netherlands, to be awarded its Grassroots Charter Gold Standard.

National team manager Ryan Giggs paid tribute to the volunteers and innovative programmes that impressed UEFA so much, saying:

“This is recognition of the great work that’s been done over the years. To be a part of that special group of countries and to be recognised alongside them is massive.

It can only inspire the coaches of tomorrow, knowing that Welsh football is at the pinnacle of European football, in the standards that we’ve set. Now we have to keep to those standards and build on it.”

In awarding the Grassroots Charter Gold Standard UEFA have recognised the work being done to grow the game and transform communities in the FAW Trust’s innovative social programmes like Beatball, Cics Cymru, McDonald’s Fun Football and Lidl Play More Football.

FAW Trust Chief Executive Neil Ward believes the award should be celebrated together with partners, clubs as well as the huge army of volunteers and insists there is still more work to be done.

“While we are thrilled to receive the gold standard, we do realise there is still more work to do. We are committed to achieving 50% of children in Wales playing football once a week by 2024.

To do that, of course, there are certain challenges we need to overcome. Women and girls is a huge priority and will remain a key focus. We have to keep our eye on the ball in terms of our coaches and volunteers; encouraging new people to support the game and to develop their skills. Access to quality facilities is also a huge issue for football and we will continue to work with local partners to ensure that the people of Wales have places to play.”

The FAW Trust appreciate that Grassroots forms the lifeblood of football. To learn more information on how the FAWT strive to provide football for everybody, everywhere in Wales read here: http://www.fawtrust.cymru/grassroots/.