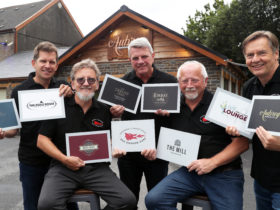 A new pub company has launched in Wales

The female Chief Operating Officer (COO) of a leading UK SME finance provider is calling for industry-led unity when it comes to gender equality in honour of International Women’s Day 2019.

Wales-based Henry Howard Finance has appointed at least 10 women into senior roles including Group Financial Controller and Head of Business Partnering, among others, in the past year alone.

Women in the UK are still found to occupy a minority of senior roles in the financial services sector, however, after a parliamentary report described the sector as ‘falling well short’ regarding gender diversity.

This week also marks The Trade Union’s Congress’ (TUC) Women’s Pay Day, as it is technically seen as the first day that women are paid due to the gender pay gap. Analysis from the TUC found that women work at least two months for free before they start to earn the same as men.

Henry Howard Finance COO Anne Williams meanwhile leads a team which claims a female Head of Marketing, Head of Compliance, Head of Legal, Analytics Manager, HR Manager and more, as well as a near 50/50 gender split in office-based staff too.

Anne, who was also a female champion in her previous role with GE Capital, said: “I think the point Henry Howard Finance has to make this International Women’s Day is, if we can do it, so can anyone. There are women in finance – and in senior positions – but not in equal measure or paid at equal measure, which I find personally hugely frustrating.

“The trend for females occupying financial services roles is changing, and along with it the stereotype of finance being a male-dominated industry, but it’s not changing quickly enough. Recruitment activity here at Henry Howard Finance in the past year alone goes to show this needn’t be the case.”

According to a report based on Financial Conduct Authority data, out of 9,957 partners at private equity firms, hedge funds and other financial services companies only 1,381 (14%) are women**.

The percentage has increased by only 2% in the past five years despite a plethora of initiatives to increase the participation of women in top finance roles, including the government’s women in finance charter.

A House of Commons Treasury Committee Report* issued in June 2018 also found there is ‘clearly an underrepresentation of women in senior positions in the financial services sector’ and that ‘furthermore, women are generally better represented in firms’ support functions rather than profit generating functions.’

Anne said: “We are proud of these statistics, but we also don’t rest on our laurels – we know that more can be done not just internally, but across the industry.

“There must also always be a balanced, neutral, impartial approach applied to any recruitment process – we see no place for tokenism – but highlighting the success of women in financial roles is also key to providing the inspiration that can lead to a new generation of female leaders.

“It is our responsibility as finance sector leaders of today to do whatever we can in ensuring this happens on the ground for the sake of the industry of tomorrow.” 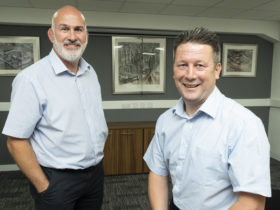 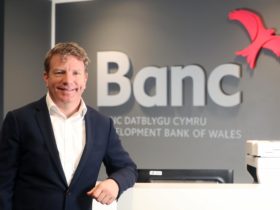