The man who turned one of the UK’s biggest pub chains green is backing the country’s campaign to cut carbon by turning his Anglesey home into a renewables paradise.

Martin Schwaller slashed the multi-million pound annual electricity bills at hospitality giants Mitchell and Butler’s 1800 pubs and restaurants – and now he’s doing the same at his retirement home on Anglesey.

Award-winning Hafod Renewables are about to carry out their third installation for Yorkshire couple Martin and his wife, Caroline, who fell in love with the island on a holiday and moved there when they retired.

Vale of Clwyd-based Hafod installed air-source and solar systems at the 18th century cottage they bought near the Anglesey village of Elim five years ago and last year returned to do the same again at their new home, a five-acre property near Burwen.

They also fitted underfloor heating there and soon they’ll be back to put on more solar photovoltaic panels and a nine-kilowatt storage battery that should make the house, built in the early 1900s, carbon neutral – and save them a lot of money.

Martin, the former Renewables and Sustainability Manager for the chain that includes Toby Carvery, Harvester and All Bar One, said: “We’ve always been keen on green energy and when I was at Mitchell and Butler their bills were so big they used to buy energy on the futures market.

“They spent £93 million a year and they had to pay for the 30,000 tons of carbon they produced annually so I was able to save them a huge amount by replacing old heating systems, putting in LED lighting and by encouraging a huge behaviour change program with their 40,000 staff to make them aware of how to make savings.

Hafod Renewables’ second installation for the couple was their 1,000th since the firm was set up by Managing Director David Jones, a graduate in renewable energy, and his late father, Richard, in 2010 when the concept of renewables-powered, carbon-neutral domestic homes was in its infancy.

A decade later the company is among the UK’s leaders in the field and covers an area from Anglesey and Gwynedd across North Wales and into Cheshire, Staffordshire and Shropshire.

David said: “In 2016 we installed air-source and solar systems in the cottage near Elim and they called us back when they moved to Carreg y Cad, at Burwen, where we even looked at ground source heating but due to the island being on rock it would have been impracticable to excavate so air source was the obvious choice.

“The fact that Anglesey has high annual air temperatures also means the system will be super-efficient and we also installed 16 solar PV panels on a barn which generates 25 kilowatts of electricity a year.

“We put in underfloor heating which works really well from the air-source which also provides hot water with electricity supplied via 16 280 watt solar panels on an outbuilding roof top.

“The good news for the buyers of the first house is that they continue to receive the Renewable Heating Initiative payments and Martin and Caroline do so for their new home where the extra panels and the battery should provide them with all the energy they need.

“It really makes sense for homes where there isn’t mains gas but even where there is prices have risen and renewable options are likely to become more and more attractive financially in the future.”

Martin added: “Hafod have done a great job for us which is why we’re having them back for a third time.

“I make pottery in a studio at the house and I even run the potter’s wheel and the kiln off green energy.

“This kind of technology is definitely the way forward for all homes. It is future proofing not just for individuals but for the planet as a whole.

“I don’t know why the Government doesn’t just pay to put solar panels on every south-facing roof in the country – it would be cheaper than any other solution to the energy crisis.” 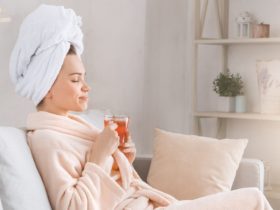 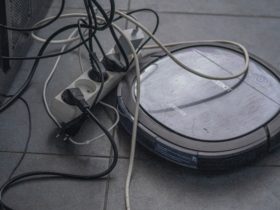 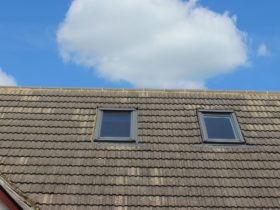