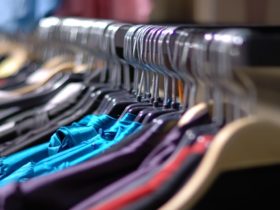 The Wales Co-operative Centre has announced that it has changed its name to Cwmpas.

Founded in 1982 by the Wales TUC, the organisation has established itself as the UK’s largest development agency for co-operatives, social enterprises and employee-owned businesses, with a strong track record of collaboratively delivering multi-million-pound projects that build a fairer economy and promote social and digital inclusion.

The new name signals the next chapter for the development agency working for economic and social change in Wales and in other parts of the UK. It is designed to reflect the organisation’s role in helping people and communities set out a path to a better future.

“The time is right to pursue a new name and brand for our organisation to reflect who we are today and where we are headed. For forty years, the Wales Co-operative Centre has successfully helped people and communities on journeys to create co-operative jobs, businesses, and communities. As the organisation has grown, our work has expanded and diversified.

“The new name change seeks to address challenges with the current name, and heralds our next chapter as a development agency working for economic and social change. We will stay true to our co-operative roots while evolving to respond to new challenges and opportunities. While our focus will always remain in Wales, we plan to grow the volume of work we do in other parts of the UK.

“Da ni o gwmpas means We’re around in Welsh and could also be taken to mean We are from Cwmpas. This sense of working with people, communities and businesses and helping them get to where they want to be, will always be at the heart of the organisation’s ethos and we are excited about our future.”

A new strategy from Cwmpas has been developed alongside the new name in response to the unprecedented social, environmental, and economic pressures faced by the country. The strategy sets out Cwmpas’ plan to help build a fairer, greener economy and more equal society, where people and planet come first.