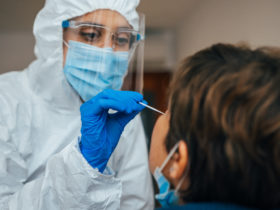 New car sales in Wales last year did better than most other parts of Britain, show figures from the Society of Motor Manufacturers and Traders.

It was the steepest decline since the global crisis a decade ago with car makers blaming Governments for confusion over diesel legislation and the stagnation of decision planning for Brexit in March.

Conversely, petrol and AFV sales have climbed to replace the lost diesel business but some manufacturers have faired worse than others due to over-reliance on derv driven registrations.

Car makers and the SMMT have warned about a possible reduction in UK investment if there is no agreement for Britain’s trading rights from the end of March when it could face additional tariffs and customs checks on components and finished models. Across Europe last month, car sales slid 8.5% as tighter emissions tests strangled production and registrations but there is optimism of a slight lift in 2019 when markets settle down and supplies improve.

“Despite the overall decline in 2018, demand for new cars in the UK remains solid, with volumes on a par with the preceding 15-year average,and the market still the second biggest in the EU, behind Germany. It is also one of the most diverse, with buyers able to choose from some 350 different models available in fuel types and body styles to suit all driving needs.

:Meanwhile, more than 80 exciting new generation models – 31 of them plug-in electrics – are set to make their showroom debuts in 2019, and with some compelling deals on offer, the industry is continuing to invest to grow the market despite the headwinds.”