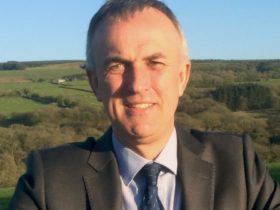 An awards ceremony honouring and recognising Wales’ transport sector has been officially launched.

The Wales Transport Awards will take place on October 5 at Cardiff’s Mercure Holland House Hotel and will celebrate the sector’s important contribution to the Welsh economy.

Directly employing more than 40,000 people, the transport sector is a key driver for Welsh industries and public transport user across a network of trunk roads and motorways totalling more than 1,000 miles.

Denise Lovering, head judge of the awards and former chair of the Welsh Freight Council, said the event would shine an important spotlight on the sector.

“Wales’ transport industries are the backbone of the Welsh economy, directly employing tens of thousands of people and supporting thousands more through the wider supply chain.

“Within this sector are a vibrant hub of industries from logistics and recovery to haulage and public transport. The Wales Transport Awards are an important opportunity for us to celebrate all of their outstanding achievements and the important role they play in the growing success of Wales’ economy,” she said.

Organisers have confirmed the awards’ associate sponsor will be the Caldicot Group, one of the country’s leading road recovery agencies, while other supporters include Glenside Commercials who are sponsoring the Service to the Industry Award.

There will be 13 categories in total for companies or individuals working in the transport sector in Wales to enter. These are:

Liz Brookes, co-founder of the awards and managing director of Grapevine Event Management, said: “The awards represent an important opportunity for companies to be recognised on a national level for their hard work, achievements and success. As a sector Wales leads the way in transport contributing significantly to its global success, which is why these awards will be a chance for businesses to shine as we celebrate and showcase their achievements. They also represent a rewarding opportunity for suppliers within the sector to engage and show their support to the companies that matter to their businesses.”

Gavin Edwards, managing director of the Caldicot Group, said: “We are very proud to be sponsoring the inaugural Wales Transport Awards. Working within the sector supporting companies with their vehicle recovery needs, we know first-hand the tremendous contributions they make that are pivotal to the success of so many other businesses. We are looking forward to recognising all of their efforts at the awards in October.”

Mark Lovering, managing director of Glenside Commercials, said: “We are delighted to be sponsoring the prestigious Service to the Industry Award. For nearly a quarter of a century we have be proud as one of Wales’ foremost commercial vehicle specialists to work closely with so many inspiring and dedicated individuals in the Welsh transport industry. We know this particular award category will therefore feature many deserving people.”

Entries are now open via the official awards website www.walestransportawards.co.uk. The closing date for applications is July 27. Judges will shortlist finalists for interviews in September with the winners announced at a special gala dinner in the Welsh capital on October 5. For sponsorship opportunities contact [email protected] or [email protected].