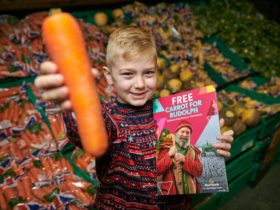 As excitement builds ahead of this year’s Adrian Flux British FIM Speedway Grand Prix, watch the Speedway riders have a go at speaking Welsh ahead of this weekend’s showdown.

Multiple World Champions will be competing against each other, including Great Britain’s double series winner, Tai Woffinden, as they take each other on at the Speedway Grand Prix at Cardiff’s Principality Stadium on Saturday July 21st.

In what is set to be one of the closest seasons to date, Scunthorpe-born Tai will be eager to secure his first ever home win at Cardiff and claw back the trophy.

The referee at the Principality Stadium will be Christian Froschauer of Germany.

Tickets for the Adrian Flux British SGP are still available online. Get yours here now: http://bit.ly/2HEWFQV