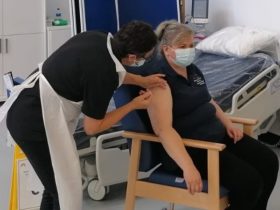 The latest NatWest Wales PMI® data signalled a further loss of growth momentum in December, with business activity increasing at the slowest rate in the current 29-month sequence of expansion.

At the same time, new business growth eased to only a fractional pace that was below the UK average. Softer client demand meanwhile led staffing numbers to increase at the slowest rate for five months and backlogs contracted further. Ongoing Brexit uncertainty weighed on business confidence, which remained subdued in the context of the series history and below the UK average.

The headline Wales Business Activity Index – a seasonally adjusted index that measures the combined output of the manufacturing and service sectors – registered 51.1 in December, down from 51.7 in November. Data indicated that subdued client demand dampened the upturn in business activity, with the rate of expansion easing to the slowest in the current 29-month sequence of growth. The latest increase was also below both the series averages (54.0) and UK (51.4) averages.

New business received by private sector firms in Wales rose further in December, but only expanded at a fractional rate. Relatively muted client demand reportedly weighed on new orders. The rise in new business was one of the weakest across the 12 monitored UK regions and below the series trend. Demand conditions softened across both the manufacturing and service sectors in the region.

In response to subdued new order intakes, Welsh firms increased their staffing numbers at the slowest rate since July. That said, job creation was registered in both the manufacturing and service sectors, and the overall pace of workforce expansion was quicker than the UK average.

Backlogs of work continued to be cleared in December as the growth rate in activity outpaced that of new business. Outstanding business fell for the third month running. The rate of depletion accelerated but was only marginal overall.

“Welsh private sector firms registered a modest loss of growth momentum in December and business rose at only a fractional rate that was the slowest in 29 months.

“One bright spot came from a pick-up in charge inflation in December. Although sales growth was relatively subdued, firms continued to raise output prices at a solid rate that was broadly in line with the UK trend.”

Input prices paid by private sector firms across Wales rose at a sharp pace in December. Higher raw material and wage costs reportedly drove the increase, with the rate of inflation picking up from November’s 28-month low.

Firms continued to raise their output charges, despite softening client demand. The solid and accelerated pace of inflation was broadly in line with the UK average.

Business expectations towards the year ahead remained subdued in the context of the series history in December, amid ongoing uncertainty surrounding Brexit. Although higher that November’s recent low, the level of positive sentiment was less optimistic than that seen for the UK as a whole.

Nick Stamenkovic, NatWest economist added: “Business activity in Wales ended 2018 on a weak note, dragged down by softer demand in both manufacturing and services, resulting in the slowest pace of hiring since July. Continued Brexit uncertainty is overhanging business confidence, which has slipped recently below the UK average.”