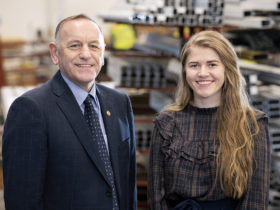 According to the latest NatWest PMI report, business activity at private sector firms in Wales increased at an accelerated pace in May.

Rebounding from a 21-month low in April, the rate of output expansion reached the highest since February. Moreover, new business growth also quickened to the fastest in three months. Capacities showed little strain, with backlogs continuing to contract solidly.

As a result, the rate of job creation softened to a four-month low. Price pressures also eased, with rates of both input cost and output charge inflation slowing to five- and 20-month lows respectively.

The headline NatWest Wales Business Activity Index – a seasonally adjusted index that measures the combined output of the manufacturing and service sectors – posted 55.3 in May, up from April’s 21-month low (52.7). The strong expansion was the fastest since February and linked to increased new order volumes.

New business at Welsh private sector companies rose further in May, with the rate of expansion quickening to the fastest in three months. Where an increase in new orders was reported, panellists linked this to greater demand from domestic and external clients.

Private sector firms continued to hire additional staff in May, albeit at a weaker rate. The pace of job creation softened to the slowest since January, with greater business requirements at some firms contrasting with spare capacity elsewhere. Although employment growth was faster than the long-run series average, it was only moderate overall.

Despite a stronger rise in new business during May, the level of outstanding business continued to fall. The decline was the weakest in four months, but nonetheless solid. Anecdotal evidence suggested that the latest contraction in work-in-hand reflected greater efforts to clear backlogs and more efficient business processes.

Average prices paid by private sector firms in Wales continued to increase in May, albeit at a slightly weaker pace. Although marked, the rate of inflation dipped to a five-month low. Greater cost burdens reportedly stemmed from higher wage bills and raw material costs.

Prices charged for goods and services increased further in May. That said, the rate of charge inflation eased to the slowest since September 2016. Where a rise was reported, panellists attributed this to the pass-through of higher costs to clients.

Business confidence remained robust, with the degree of optimism increasing in May. The level of positive sentiment reached a three-month high, with survey respondents linking expectations to planned investments in machinery and increased client demand.

“Welsh businesses are reporting growth despite the squeeze on households. Inflation is finally falling but consumers have felt the pinch for most of the last 18 months.

“Households reined in spending and hotels, restaurants and retail have been on the receiving end as the consumer sector lagged behind the rest of the economy.

“Signs are that the squeeze might be loosening, just in time for the holiday season but rising fuel and energy prices could yet deflate that feel good factor.”

Kevin Morgan of NatWest’s Regional Board in Wales, said: “Following a fairly lacklustre output performance in April, business activity growth accelerated in May and was strong overall. Greater client demand was also reflected in an upturn in new orders, which picked up to reach a three-month high.

“Meanwhile, inflationary pressures softened. Notably, output charge inflation slowed to a 20-month low, whereas the rise in input costs was the weakest in five months.

“One area of concern regards spare capacity. Despite a strong rise in new business, panellists continued to register declines in backlogs of work. This in turn translated into a weaker expansion in hiring activity.” 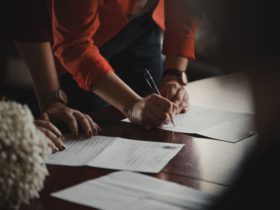 How Solicitors Play a Crucial Role in Normalising Charitable Gifts