The headline NatWest Wales PMI® Business Activity Index – a seasonally adjusted index that measures the month-on-month change in the combined output of the region’s manufacturing and service sectors – registered 56.2 in April, down from 58.0 in March, to signal a sharp upturn in business activity. Although the slowest for three months, output growth was linked to greater client demand and a further uptick in new business. The rate of growth was steeper than the series average but slower than that seen across the UK as a whole.

Private sector firms in Wales signalled a steep upturn in new business at the start of the second quarter. The rise in new orders quickened from March and was faster than the UK average. Panellists stated that the increase was due to stronger client demand.

The sharper pace of growth in new business stemmed from a quicker manufacturing sector expansion.

April data indicated stronger output expectations regarding the 12-month outlook across the Welsh private sector. Companies noted that hopes of greater client demand and further upticks in new orders, alongside investment in new product lines, supported optimism. The level of positive sentiment was among the highest of the 12 monitored UK areas, weaker than only the South East and Yorkshire & Humber.

Workforce numbers across the Welsh private sector expanded for the twelfth successive month during April. Employment rose following a further increase in new business and challenges retaining staff. Although the rate of job creation softened slightly from March, it was sharp overall and quicker than the UK average. Welsh service providers continued to record a faster rise in staff numbers than manufacturers.

Private sector businesses across Wales continued to register an expansion in backlogs of work at the start of the second quarter. That said, the rate of growth in outstanding business was only fractional overall, and was the slowest in the 14-month sequence of increase. Firms noted that a softer rise in new business and a further uptick in employment led to a slower upturn in work-in-hand.

Welsh firms indicated a further and faster increase in cost burdens in April. The rise in input prices was the second-fastest of the 12 monitored UK areas, behind only Northern Ireland. Alongside higher wage bills, firms stated that greater material, fuel and energy costs drove inflation.

The rate of increase in costs was the sharpest for five months, with manufacturers and service providers signalling steeper upticks in costs.

Welsh firms indicated a substantial increase in output prices at the start of the second quarter. The rate of charge inflation was the joint-fastest in the year-to-date and quicker than the UK average. Anecdotal evidence suggested that hikes in output prices were due to the pass-through of greater costs to clients. 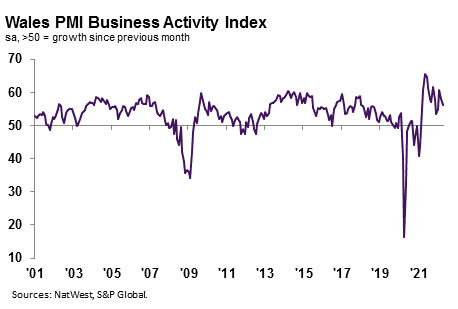 “That said, inflationary pressures remained substantial at the start of the second quarter. The rate of increase in cost burdens accelerated to the fastest for five months amid soaring energy, fuel and material costs, exacerbated by rising wage bills and challenges retaining staff. In response, companies sought to pass through higher costs to clients, as charges increased markedly.” 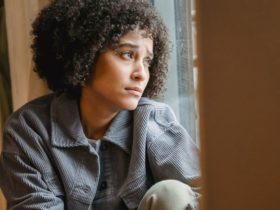