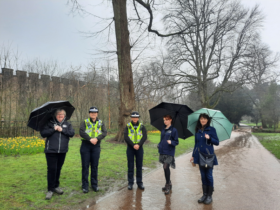 Coastal communities and town centres will receive a £6 million boost thanks to the Deputy Minister for Housing and Local Government Hannah Blythyn and the Welsh Government’s £110m Transforming Towns Programme.

The £6 million fund is the sixth round of the Transforming Towns Coastal Communities Fund, designed to support the economic development of coastal areas, promote sustainable jobs and bring regeneration to coastal town centres and high streets. This investment will enable the delivery of projects worth £17 million in total.

The fund invited applications focusing on job creation, protection, and high street rejuvenation in coastal areas.  For the first time half of the funding has been targeted specifically at town centre projects.

27 projects were successful under this round of funding including; £223,300 for Viva Port Talbot, £300,000 for Cwmni’r Frân Wen Cyf arts and community hub in Bangor and £200,000 towards the Cardigan Market Hall Restoration.

Since 2012, £16.1 million has been awarded to 74 projects across Wales including Halen Môn.

“The Coastal Communities Fund provides a major boost to coastal towns by supporting town centres as part of our Transforming Towns agenda along with the wider economic and social regeneration of coastal communities.

“Supporting coastal communities to not only survive but thrive has always been a priority for this Government. This is why, despite the UK Government discontinuing their support, we have stepped in to provide this much needed funding. Given the turbulent last year for businesses and towns across Wales, it is fantastic that we have been able to continue this fund which will support our coastal towns and communities when they need it most.”

“The Coastal Communities fund has been invaluable in helping us to test change and grow our ideas over the last two years.

“Diversifying our income streams has turned out to be absolutely invaluable in a pandemic. We have been able to develop outside socially distanced catering with a purpose built catering trailer, set in the context of a beautiful wildflower meadow.

“Investing in smokery research has now led to a planning application for a Smokery, to be funded by ourselves and  built later this year, provided planning permission is granted. 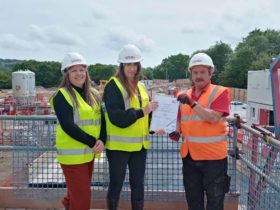