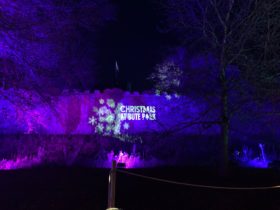 In a move designed to speed up the switch to electric vehicles, Welsh entrepreneur, Jarrad Morris, has officially announced the launch of Fleet-e, a company dedicated to assisting businesses and individuals make the switch in response to Local Authority and Government targets and the urgency to do so outlined at COP26.

With a working valuation of £1.2million and a funding round due to launch, Fleet-e offers a wide range of electric cars and vans available to lease, ranging from the latest Tesla Model 3 and Jaguar i-Pace, to the Nissan Leaf and Renault Zoe, and also provides support with installing the associated charging infrastructure. Fleet-e is aiming to take the confusion out of switching to electric and help businesses and consumers navigate the minefield associated with it, and has announced 100 trees will be planted for every vehicle ordered in November, December and January.

Alongside leasing contracts for individuals and businesses, that includes leading business options and ancillary services, Fleet-e is also due to launch its electric vehicle rental platform, VOLT. The platform aims to service areas of the market who might not want the long-term commitment of a full-time lease or are apprehensive about making the switch.

VOLT will see electric vehicles placed in car parks and in key central locations across urban areas of Wales, allowing the public to use electric transportation when they need it. Electric vehicles will be booked and accessed via a smartphone application. This will be of particular importance in helping Local Authorities tackle specific clean air targets in towns and cities and adds a new approach for people to engage with the electric vehicle revolution without needing to buy or lease a vehicle long-term. VOLT reinforces Cardiff Council’s recent announcement (Sept 2021) of the launch of a car-sharing scheme next year, aimed at cutting air pollution and carbon dioxide emissions and reducing the need for private car ownership.

Jarrad Morris commented “There has been a reduction in car ownership during the pandemic and working from home has become the new norm for many, meaning two car families are reducing to one. However, occasions might occur where an additional vehicle is required. Similarly, this solution is open for businesses to utilise and gives users the flexibility of car usage at their convenience without the commitment of a vehicle full time.”

Further to the above two products, Fleet-e is also offering a salary sacrifice product which is open to businesses who wish to offer vehicles to their employees. Morris adds: “Salary sacrifice is now a very popular way of employers bolstering their employee benefits package. Our scheme is designed to suit the employer and the employee, whilst also allowing employees to take advantage of the tax benefits of switching to electric. The scheme also includes full insurance, maintenance and a host of other beneficial features.”

Reinforcing its green credentials, Fleet-e has recently announced the launch of its partnership with the ‘Race To Zero’ campaign. The campaign involves matching athletes with positive climate impact through tree planting, with a number of athletes committing to the challenge from a range of different sports.

Fleet-e has chosen to work with its ambassador and Race To Zero athlete, Joshua Bugajski – the Tokyo 2020 Bronze Medallist and former Cardiff University student. This partnership under the ‘Race To Zero’ campaign, will see a tree planted in Wales for every competitive stroke Josh takes, which on average is 200 per race. Josh made his senior GB rowing debut in the first World Cup of the 2018 season, winning a silver medal in the men’s eight in his first race and going on to race the pair at World Cup II. Then going on to represent Team GB at the Tokyo Olympics and winning Bronze with a total number of 635 trees planted from his efforts so far.

The launch of Fleet-e complements plans being made by the Welsh Government as part of its Electric Vehicle Charging Strategy for Wales ‘Facilitating the transition to net-zero’, and clean air strategies being developed by individual Local Authorities. Fleet-e also helps provide a response to a letter sent last year by hundreds of Welsh NHS staff to Welsh Government stating that *‘poor air quality and climate change is a bigger threat to people’s health and the economy than Coronavirus…environmental issues need to be prioritised as part of a healthy recovery’.

Commenting on the launch of Fleet-e, Jarrad Morris adds: “It is clear that the switch to electric is not only happening, but needs to happen as quickly as possible. With Fleet-e, I wanted to offer a solution to the public going about their daily lives, as well as businesses with larger fleets of vehicles, ensuring everyone can contribute to tackling environmental issues no matter their budget and needs.

“I have previously attempted to launch e-scooters in Wales via the GOiA brand but no active trial was signed off by Welsh Government. However, my previous experience in vehicle leasing helped drive my thinking behind Fleet-e. People are now so much savvier in demanding vehicle solutions that take into account not only pricing and looks, but the environmental aspects of travel, and this is why Fleet-e only offers electric solutions, a strategy I was unable to deliver in my previous role.

“The keyless, app-based element to Fleet-e will make things very easy for people to get involved across all communities and requirements. We will be engaging with Local Authorities and private companies to make sure the offering meets people’s needs and have some exciting partnerships already lined up which we’ll be announcing shortly.

“I also wanted to ensure Fleet-e directly contributes to tackling the climate crisis and our partnership with Josh Bugajski, our first athlete ambassador, is a unique and creative way of doing that through the Race To Zero campaign. Josh has already been extremely busy over the last few weeks and months in highly competitive races, so our partnership has already had an immediate impact and I’m delighted to have someone of Josh’s stature involved with Fleet-e who shares our passion for the environment and for supporting future generations. We’re working closely with our partners on the Race To Zero campaign and are looking forward to seeing trees in the ground and electric vehicles on our streets.”