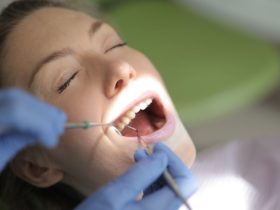 Welsh Government has launched an ambitious new tobacco control strategy for Wales, which seeks to secure a smoke-free society, less than 5% of the adult population smoking, by 2030.  The strategy lays out firm actions and polices with the aim of finally ending the tobacco epidemic in Wales.

The smoking addiction has gripped the nation for over 100 years, and despite the known risks, still kills 5,600 people in Wales every year. Smoking is the leading cause of premature death and preventable ill-health in the country and is estimated to cost the Welsh NHS £302 million each year.

The National Survey for Wales currently places adult smoking prevalence in Wales at 13%. While this figure slowly declines, reaching 5% by 2030 will require a significant upturn in actions and commitment. Modelling by Cancer Research UK in 2020 indicates, if the current pace of actions continue, Wales will not reach a smoke-free future until 2037.

Suzanne Cass, CEO of ASH Wales, said: ‘’Public support for an Endgame target is overwhelming, 73% of Welsh adults want Wales to become smoke-free. Welsh Governments’ commitment to this target is welcome, however, this bold strategy is going to need bold and decisive action to hit that 5% target by 2030.”

The publication of the new strategy has been eagerly awaited by other health charities across Wales. Katie Till, Cancer Research UK’s public affairs manager in Wales, said:

“Smoking remains the biggest preventable cause of cancer and is responsible for around 3,100 cancer cases in Wales every year. Achieving a smoke-free Wales by 2030 would save lives. For Wales to hit this target, we need to see ambition in the way we support people to quit and prevent people from starting.

“Smoking is also the single biggest driver of inequalities in life expectancy in the UK. It’s critical the plan addresses this, so fewer people are affected by the harms of smoking in the future.”

Nearly 140 years have passed since the first manufactured cigarettes entered the British market. Since then, sales soared in the first half of the twentieth century and brought with it what health organisations coined as the ‘global tobacco epidemic’. This epidemic has waged for decades, and currently claims the lives of 8 million people globally each year.

A recent review of tobacco control commissioned by the UK’s former Health Secretary, Savid Javid, speculated that if cigarettes were to enter the British market today, they would simply be turned away and would not be legalised.

Despite decades of research, lobbying and national stop smoking campaigns, tobacco remains on the UK market, and remains the only legal consumer product that kills up to half its users when used as intended.

As the Welsh Government launches its new tobacco control strategy, it embarks on a road which carries the potential to end smoking’s hold on national health. Welsh Government has been bold with this task, which is reflected within its 5% Endgame target.

On a global scale, other countries have pledged similar ambitions in achieving a 5% smoking rate: including England, Scotland, Ireland, New Zealand, Canada, and Sweden. Internationally, 5% is often regarded as the benchmark in which the tobacco epidemic is considered unsustainable.