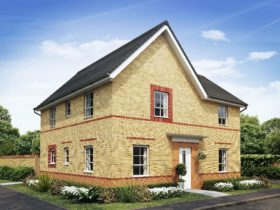 The outlook for the Welsh housing market has improved following the General Election result, according to the December 2019 RICS Residential Market Survey, with price and sales expectations for the three months ahead increasing sharply.

This increase in confidence comes as Welsh respondents report a growing number of new buyers active in the market, and a rise in newly agreed sales. A net balance of +47 percent of respondents says that new buyer enquiries increased last month, the strongest this indicator has been since mid-2017.

However, the rising number of potential new buyers does not appear to be accompanied by a similar uplift in the number of properties becoming available for sale. The indicator for new instructions to sell is broadly flat, suggesting that the supply side has not improved, following on from three consecutive months of decline.

This imbalance between supply and demand will likely act as a drag on activity in the month ahead and as well as acting to push up prices.

RICS Residential Spokesperson for Wales, and Director of Kelvin Francis, Cardiff, Tony Filice FRICS, said: “The market seemed to have gone into something of a hibernation in November and early December, with lower levels of sales and instructions, resulting in part from the general election and Brexit uncertainty as well as for the usual seasonal factors. However, potential new buyers appear to be out in force, and our own experience is that many vendors are now considering putting their property on the market in anticipation of good activity in the early months of this year.”

Andrew Morgan, FRICS from Morgan & Davies in Lampeter said: “We have experienced a noticeable upturn in sales in the last few weeks. Our stock levels are though reducing which we anticipate will increase prices in the spring.”

In the lettings market, the latest results show tenant demand was flat in December (non-seasonally adjusted figures). Expectations for rents in the three months are for a modest increase. +17 percent of respondents expect to see rents rise higher over the next three months.