My name is Rhys, a first time dad blogging about my adventures and experiences of being a parent. [email protected].uk
0 Shares
READ NEXT 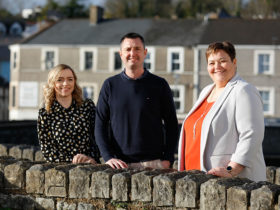 Welsh ICE has been chosen to deliver one of four new regional enterprise hubs, with the Campus supporting the South East Wales Valleys region.

The new contract is part of the Welsh Government’s drive to encourage and support entrepreneurism across Wales, and with the Wrexham Enterprise Hub already established in North Wales, will see the addition of four funded spaces in North West, Mid, South West and South East Wales.

The hubs are funded by the European Regional Development Fund through the Welsh Government and will see over £4m invested to provide supportive spaces and mentoring for new and growing businesses.

Welsh ICE Chairman, William Record said the contract was a testament to the impact the Campus has had within the startup and small business community.

“Since its founding in 2012, ICE has gone on to grow into an incredible space for startups and small businesses.

“Since then, we’ve added further buildings and can now boast over 30,000 square foot of office space. Our recent independent report found that businesses at Welsh ICE had generated a net GVA benefit of £53m to the Welsh economy across its eight years. This was due to the vital funding provided by the Welsh Government, which meant that startups were supported for their first year, with free office space, mentorship and super fast broadband access. This support, combined with the unique, collaborative environment at the ICE Campus, means that more than 77% of businesses that start at ICE go on to survive for three or more years – higher than the UK average of 61%.

“ICE was the first of its kind in Wales and is still the largest centre outside of London. Its success was the proof of concept for Entrepreneurial hubs in Wales, and it is therefore with great pride that I can say we have been chosen to be the official Entrepreneurial Hub for the South East Wales Valleys. The funding will mean we can build on the outstanding work already taking place on the ICE Campus, and continue to support the next generation of startups that will be the lifeblood of the future economy.”

“My Economic Action Plan is clear that supporting and encouraging entrepreneurship across Wales is absolutely crucial if we are to succeed in growing Wales’ economy.

“And I expect my decision to deliver these businesses hubs in North West Wales, Mid Wales, the South West Valleys and the South East Valleys to provide a real boost to our regional economies.

“Alongside the satellite locations, these five hubs will ensure that budding entrepreneurs in all parts of Wales can access the space and help they need to get their ideas off the ground, creating at least 700 new enterprises and 1160 new quality jobs in the process.

“The evidence is clear that by working collaboratively and bringing academia, industry and local partners closer together in the right environment we can deliver a host of wider benefits to areas surrounding the hubs.  This can only be good news for our economic regions, and for delivering my ambition of ensuring the fruits of prosperity fall much more evenly across Wales.  I look forward to seeing entrepreneurs from all parts of Wales benefit at the earliest opportunity.” 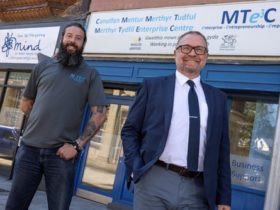