Welsh pizzeria to debut at The London Pizza Festival

For the first time in the history of The London Pizza Festival, there is a pizzeria from outside of London.. Ffwrnes Pizza from Cardiff.

The London Pizza Festival is the brainchild of ‘Mr Pizza’, Daniel Young, in fact he wrote the book on pizza, or rather he wrote ‘Where to Eat Pizza’, a guide to the best pizza places in the world.

The London Pizza Festival is a competition between six of London’s best loved pizza places, and the winner is decided by a public vote on the day. This year the festival features Italian heavyweights and new London residents L’Antica Pizza da Michele, made famous by Julia Roberts in the movie Eat Pray Love, and 50 Kalò, the pizza place of choice for Napoli footballers, and for the first time in the history of The London Pizza Festival there is a pizzeria from outside of London.. Ffwrnes Pizza from Cardiff. 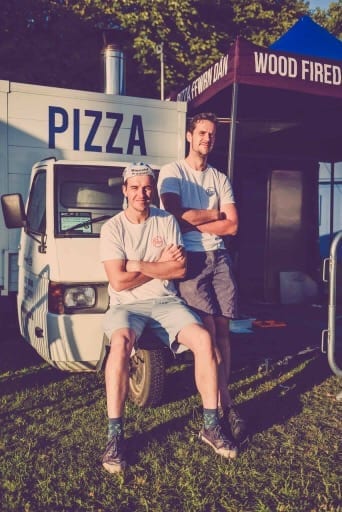 Ffwrnes (Welsh for ‘furnace’) Pizza was founded by Jez Phillips and Ieuan Harry and won Best Pizza in the 2017 Welsh Italian Food Awards and competed at the Pizza World Championship in Parma in April 2018. The journey to the Pizza World Championships in Parma was the subject of their S4C series, ‘Bois Y Pizza’, the programme followed their adventure through Spain, France and Italy in their three wheel Piaggio van ‘Smokey Pete’, cooking up a terrific reputation on the way.

Since returning from their journey to the World Championships the boys have set up their first permanent pizza place at Cardiff Market. The pizzeria has been open since August 2018 and is building up quite a reputation, so much so that Daniel Young has invited Ffwrnes to be a part of the London Pizza Festival 2019, making them the first pizza place to compete from outside of London.

The Festival coincides with another big milestone, as Ffwrnes Pizza is about to turn five years old this May, and to mark this achievement the Ffwrnes team will be giving their followers and customers the chance to win exclusive prizes. Ieuan Harry said: “The support we’ve had since setting up Ffwrnes has been incredible, so we think it’s only right that we give something back to our customers. It’s going to be a pretty brilliant May, culminating in a true first at London Pizza Festival.”

The London Pizza Festival will be held at Borough Market, London on June 2nd. Tickets are available by visiting youngandfoodish.com

Are you the South Wales Business of the Year 2019?