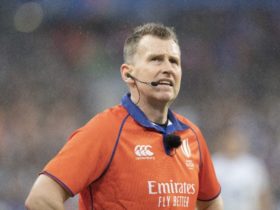 Two titans of Welsh rugby have gone head to head in an epic towing battle – with the help of Europe’s biggest trailer maker. Legendary Wales captain and British and Irish Lion Alun Wyn Jones and national teammate, Josh Navidi, were put through their paces in a ‘Big Tow’ contest staged by pick-up specialists Isuzu at the Vale Resort, Cardiff.

The sporting giants were challenged to a nail-biting towing competition as part of the Summer Show by Isuzu, a series of virtual shows filmed for social media.

Isuzu are the main partner of the Wales Rugby Union (WRU) and official shirt sponsor.  As ambassadors of the brand, Jones and Navidi both drive Isuzu D-Max Blade pick-ups but had never tried towing before so the pick-up makers turned to Ifor Williams Trailers to help showcase the load carrying capabilities and agility of its D-Max Blade in the ‘Big Tow’ extravaganza.

The event saw Jones, the world’s most-capped lock forward and Wales’s most-capped international player, and flanker and former Wales U-20 captain Navidi, safely hitch up their trailer before negotiating a tricky slalom course in a D-Max Blade while towing a LM125 trailer with mesh sides. The rugby stars then had to reverse into a narrow bay to load up with rugby equipment before making a speedy return through the slalom – all against the clock – in a drama-fuelled finale.

The competition was judged by Isuzu pro-driver Jason Sharpe, who was left more than impressed with their efforts.  Praising both players, Jason summarised that “Josh went out first and was really smooth and pretty quick through the slalom”.  He added that Alun Wyn “did the really good reversing manoeuvre – I think he only had to go forward once, maybe twice”.  Amid much banter, competitiveness and deliberate ‘diversionary’ tactics, including Jones’ cheeky quip that Navidi had left the handbrake on the trailer, resulting in him getting out of the cab to double-check, Navidi triumphed in 4 minutes 37 seconds – just four seconds faster than his opponent.

George Wallis, Head of Marketing for Isuzu, said: “Following the success of our 3V Show in April, the Summer Show by Isuzu is the second virtual event that we’ve held this year.  We wanted to replicate all the fun and variety that our customers would normally enjoy at a county show and, as the majority of our owners tow, it was important for us to create a section focusing on safe towing.  Alun Wyn and Josh have limited towing experience but both wanted to win and they were winding each other up on the radio all the time!  They were good sports and very entertaining to watch.”

According to the Isuzu marketing chief, show bosses looked no further than Ifor Williams to demonstrate the D-Max Blade’s capabilities.  George continued: “We are the Pick-Up Professionals and because of that we look to work with similar brands who are also specialists in their field.  Durability is very important to us. It’s about being tough and right for the job.  Ifor Williams Trailers were an obvious choice for this project as they are renowned for manufacturing high-quality, robust trailers.  Even as novice towers, Alun Wyn and Josh found the trailer easy to manoeuvre and completed the course successfully.”

Ifor Williams Trailers spokesperson Rob Small said: “Hats off to Alun Wyn and Josh who made a tricky towing challenge look relatively effortless and proved their accuracy and spatial awareness are not limited to the field. We were very proud to team up with Isuzu for this challenge and demonstrate the simplicity and functionality of our trailers, even under pressured time constraints.  Isuzu is a prestigious, global brand and naturally, we were excited to work with the company as part of their virtual Summer Show. It demonstrates the growth in our reputation for durability and quality to be regarded as first choice for this project.”

As Isuzu ambassadors, the rugby stars normally make special appearances for the brand, but both relished the chance of a friendly head-to-head.

Asked what they liked best about the D-Max Blade, Jones said: “I think it’s the versatility. Obviously, the cab is pretty stacked with add-ons but I think having a couple of kids and going to the beach, the park, all the paraphernalia you take with you, it helps to keep it separate from the cab area. Obviously, day-to-day, when I’m training, with kit and boots, whatever equipment I may need, to keep that in the back makes it really easy to go from A to B.”

For Navidi, it was all about the sound system and ‘mod-cons’: “I’m big into my music so I’ve always got it blasting and also the tub in the back is handy for me with my surfboards,” he said.  “I can just throw them in the back with my wetsuit and obviously my rugby kit as well.”

Isuzu hosted the Big Tow challenge as part of its Summer Show, bringing all the fun of a county fair to an online audience.  The 45-minute virtual event is split into three general interest sections covering Agriculture, Towing and Adventure and offers entertainment and information that appeals to farmers, families and outdoor enthusiasts.  The jam packed programme includes vehicle walk-arounds, towing tips and off-road challenges.  Plus, some exclusive interviews and celebrity guests. 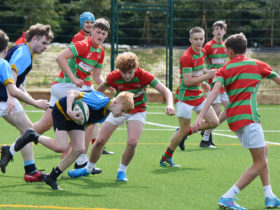 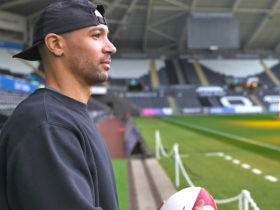 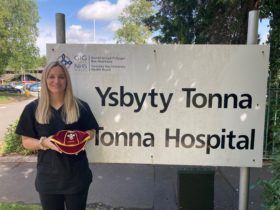