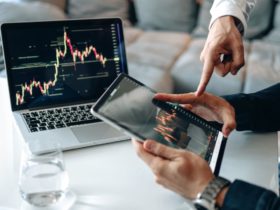 Limiting Your Losses in Online Trading

A Llansteffan business woman has been shortlisted in the national Women in Financial Advice Awards, just a year after becoming one of only five individuals in Wales to be awarded the Fellowship of the Institute of Leadership and Management (ILM).
Marian Evans, 40, who grew up on a farm in Llangynog, was shortlisted from more than 800 nominees to be named a finalist in both the Role Model of the Year and Mentor of the Year categories in the inaugural Women in Financial Advice Awards. The winners will be announced at a ceremony in London on 10 October.

Marian, who now runs Elevate Business Consultancy alongside an impressive property portfolio, said: “The awards are a fantastic way to recognise the achievements of women and will hopefully encourage more to pursue a career in the financial industry. I am delighted to be nominated alongside such highly regarded business women. It really is an honour and goes to show anyone can do it.”
Marian attended Ysgol Gyfun Bro Myrddin in Carmarthen, and after graduating in 2001 started her impressive career in financial services at NFU Mutual Insurance Society. Named as one of the top sales associates in the UK in her first year, Marian went on to become the youngest female sales manager in the country, and by 30 was responsible for a £multimillion book of business.
A Chartered Insurer and Chartered Insurance Broker, Marian later went on to pursue a portfolio career, developing a property investment business and working on a consultative and non-executive director basis with key clients. Following her prestigious ILM Fellowship, which is the highest level awarded by the Institute, Marian established Elevate BC, through which she works with leaders within the public and private sectors as an executive coach, mentor, speaker and bespoke training provider. With an impressive list of clients and with a seat on the WomenOnBoards UK Mentoring Panel, Marian is also the volunteer mentor for Steve Cooper who went on to win ‘Start Up of the Year’ at the Business Wales Mentoring Awards in February 2018.
As well as a property investor, entrepreneur and business founder, one of Marian’s most recent ventures, along with her husband Rob, has been to buy a castle. Llansteffan Castle is located on the Tywi Estuary and is one of the few castles in Wales open to the public free of charge. Featuring on several Visit Wales promotions across the world, thanks to the couple the castle is now also becoming an increasingly popular filming destination. Talking about the latest investment, Marian said: “I fell in love with Llansteffan Castle as a child, having spent very happy times there growing up. Rob and I are incredibly lucky to be able to help safeguard it and plan to allow more visitors and the community to make use of the venue in future.”
For more information about Marian and Elevate BC, visit www.elevatebc.co.uk . Or for further details about Llansteffan Castle, visit www.llansteffancastle.com.