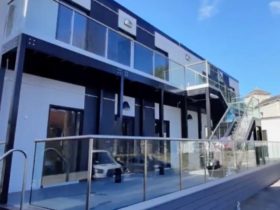 Dogs bark for many reasons and this can cause problems for neighbours.

Dogs communicate by barking; they bark for many reasons and aren’t always in distress.

The RSPCA receives a lot of calls every year from neighbours who are concerned about barking dogs. The charity, which focuses on rescuing animals who are sick, injured or being badly treated, is asking people who are worried about barking dogs to follow simple steps to help them.

RSPCA dog welfare expert and dog behaviourist Esme Wheeler said: “Dogs bark for lots of reasons – and their owners may not be aware that they’re barking when they’re out and about.

“If a dog is barking where you live and you’re concerned about it then we’d ask you not to call our emergency hotline. We receive a call every 30 seconds and our teams are incredibly busy trying to help animals in immediate need, and calls about barking dogs which may not have a welfare concern can block up our phone lines.

“We’d encourage anyone who is worried about a barking dog to approach the dog’s owner; they may not be aware that their dog is barking while they’re out and may appreciate the information so they can address any issues such as separation anxiety.

“If this doesn’t help then you should contact the local authority to make a noise complaint. Local council staff have statutory powers so can investigate the cause of the barking and will contact us if they have welfare concerns.”

Research suggests that around eight in 10 dogs find being left home alone difficult, and some may exhibit behaviours associated with stress and anxiety, such as barking.

Esme added: “One of the most common reasons that dogs bark at home is because they’re anxious about being left alone. If your pet isn’t used to being left then it’s important that you teach them gradually and in a positive way that it’s not scary.

“Some dogs will show clear signs that they’re struggling – such as barking, toileting or destructive behaviour – but others may not be as obvious. If you’re worried that your dog is struggling at home when they’re alone then it’s really important to speak to your vet and a clinical animal behaviourist.”