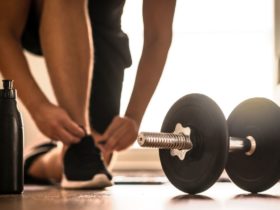 3 Ways to Invest in Your Home & Health

Most supermarkets have a way of advertising everything in bulk on the shelves, so you see the most popular instead of seeing the best. What makes a good cup of coffee, if you are a dedicated coffee lover, is the fullness of the coffee once you have added all the ingredients that you usually drink with it. Then there is the mission of wanting to try out a new kind of coffee, as our television advertisements suggest and then taking said coffee home to try it, only to be gravely disappointed. There is nothing worse than preparing a cup of coffee, taking a sip and realising that you’re drinking a cup of glorified water. That’s where the great coffee bean hunt comes in. When you know what you are looking for, it is easier to distinguish the bad from the good. What you may be looking for could easily be hidden at the back of the shelf, and in turn, you might have been accustomed to only one flavour of coffee, but is that flavour the best coffee out there?

There are four main types of coffee beans out there that are regularly distributed throughout the world. They make up for 90% of the world’s coffee distribution factor. Out of the four, two of them are likely to be well known and found in more bags of coffee on sale.

Online shopping has taken over the internet, and one of the things you might be pleased to be able to buy online would be coffee beans. You could make your selection from the usual coffee beans or more precise choices like Presto coffee beans. What is great about buying precision beans is that you can see the history of the beans or whether or not the company is selling it using a generic version of the real thing.

You want the best out of the cup of coffee you are about to drink, and with all the hype about coffee these days, it can be hard to decide what is worth the hype and what is worth the buck. You just find that what you thought was a great cup of coffee was quite average, and the only way you find that out is when you go out and explore what the rest of the coffee world has to offer.