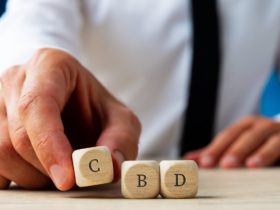 All the ways CBD can help you

Romantic relationships are based on a powerful emotional connection, and they can overcome serious obstacles of many different types. There are numerous examples of couples that had to fight for their right to love but came out victorious in the end. Nothing can stop a person that’s truly in love from uniting with the beloved one, and any barriers will be eventually broken down.

Of course, many different things can stand in the way of romance. Most commonly, it’s about factors that can’t easily be changed, such as someone’s race or age, so the only rational response is to endure all the hardships and stick with the person that makes you feel special, regardless of what anyone else might think or say.

When you are in love, age doesn’t matter

One of the deepest entrenched misconceptions about relationships is that people from different generations should never date. The reality is that the generational gap is possible to bridge if two people are compatible, so age shouldn’t prevent anyone from enjoying companionship and attention. It’s not rare for marriages between partners of vastly different ages to be very stable, but the first few years can be a struggle until the environment finally accepts the couple’s freedom to choose their destiny. That’s especially the case if the woman is the senior member of the duo.

Interracial marriages are not taboo anymore

For a long time, crossing the racial barrier was considered very audacious, but today people of different races are dating much more freely. For example, on dating sites, black singles over 50 can easily find suitable partners of Caucasian or Asian ancestry if they so prefer. It’s true that some cultural differences may need to be worked on, but there is no reason why an interracial love affair couldn’t succeed. Quite the contrary, there are plenty of mixed couples who are thrilled to share everything with the benefit of having multiple perspectives on every issue. With this in mind, if you are attracted to another race, you should pursue this passion and ignore traditional views on this matter.

Another common error of logic is that people in their 40s or 50s are limited when it comes to meeting new people. That might have been true a while ago when it was necessary to go out to clubs to meet potential partners, but with today’s dating websites and mobile apps, it’s very easy for anyone to lead an active romantic life. Middle-aged men and women can connect with like-minded individuals and arrange dates without having to hop around town every weekend. For that, they just need to forget about the supposed limitations and learn how to relax and interact with new people. Since on the internet it’s possible to connect with people from around the world, distance doesn’t really matter, and it’s possible to establish a personal bond with a person living far away.

Finding love with a same-sex partner

We live in an age when LGBT people are increasingly speaking up and protecting their basic rights. Consequently, people attracted to same-sex partners have much less reason to worry about being isolated and ostracized. In some places, it’s still a bit risky to admit publically to being gay, but there are more discreet ways to stay in contact with potential matches. In the online environment, people can anonymously talk about anything and even arrange real-life dates, so regardless of where you are residing and what your sexual orientation may be, you will never be alone.

Ignore the factors that hinder your love, especially if it’s race or age! 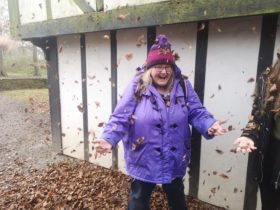