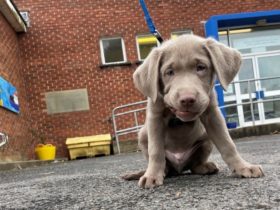 A report which recommends plans are progressed to relocate and rebuild a replacement Willows High School will go to Cardiff Council’s Cabinet when it meets on Thursday 25, February.

Italso requests that a non-statutory public engagement on the relocation of the school will take place in Spring, giving members of the public the opportunity to find out more about the proposals for the scheme.

In December 2017, the Cabinet approved plans to address those schools in poor condition. Willows High School was identified as a category ‘D’ school, meaning it is nearing the end of its operational lifewith ‘unsuitable’ learning environmentsand wasprioritised for investment.

If progressed, the new school would be delivered under Cardiff Council and Welsh Government’sBand B 21stCentury Schools programme andproposals would include:

In September 2019, initial proposals for early years, primary school, secondary school and post-16 provision to serve Adamsdown and Splottwere consulted on. This includedthe expansion and transfer of secondary provision for 11-16 to 8FE and the establishment of a post 16 provision on the secondary site.

The consultation also showed key concerns including the loss of part of Tremorfa Park, co-location of the primary and secondary schools on a single site and the need to relocate the school off the floodplain. It also showed a majority of stakeholders opposed the plans relating to the request from the Catholic Archdiocese to close St Alban’s RC Primary School.

Cabinet Member for Education, Employment and Skills, Cllr Sarah Merry said: “We have taken into account the feedback from the previous consultation and this has helped shape a revised proposal for the provision of education places in Adamsdown, Tremorfa and Splott.

“With a focus on transformational change, the development would present the opportunity to build links with local businessescreating challenging, supportive and stimulating opportunities to promote aspiration and achievement.”