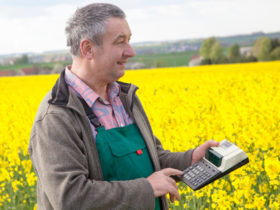 he Council will begin work on a major scheme to improve Tonypandy Town Centre for the benefit of businesses and visitors – including the removal of the pedestrianised area to allow through traffic.

The scheme will begin from Monday, June 18, and is scheduled for completion during Autumn 2018. The significant works will revoke the current pedestrianised zone at Dunraven Street, constructing a carriageway to accommodate one-way traffic through the town centre in a northern direction.

The works will include the construction of new footways, traffic calming features, pedestrian crossing points, street furniture and parking bays – which will transform the town centre landscape and encourage greater passing trade. The Council’s contractor for the scheme is Alun Griffiths Ltd.

During the ongoing works, Dunraven Street will be closed to vehicles, but pedestrian and emergency access will be maintained.

The contractor will liaise with all businesses to co-ordinate deliveries, and will assist with undertaking these to properties within the section of works being constructed. Where deliveries are outside of the working day, the contractor will endeavour to have a presence on site to assist. In addition, deliveries will be permitted throughout the working day to assist in the co-ordination and integration of the works. Access for work vehicles will also be maintained.

A public exhibition was hosted at Hope Church on May 23 to show residents and businesses the final plans for the scheme, following a wider three-week consultation undertaken by the Council in October and November 2017. Detailed plans for the scheme are available at www.rctcbc.gov.uk/tonypandy.

As a result of the works, the weekly Friday market in Tonypandy will move to the Upper Car Park on a temporary basis, coming into effect from June 22.

“The Highway works at Dunraven Street will introduce a 20mph traffic zone in a northern direction only, which will allow vehicles to travel through this part of the town centre for the first time since the 1990s. The new route will complemented by a number of works including new footways, crossing points and parking bays.

“The Council’s significant funding for Highways improvements has continued in 2018/19, with the £23.6m Capital Programme further investing in our road network as one of the Council’s most important assets. That follows more than £20m investment in Highways and Transportation schemes in 2017/18, which was further bolstered by significant Welsh Government funding.

“I’m looking forward to seeing the delivery of these improvements in Tonypandy Town Centre in the coming weeks and months, and the Council will work closely with its contractor and local businesses to ensure these important works are completed with as minimal disruption as possible.”

“These significant works will transform Tonypandy Town Centre, delivering on public commitments made last year. They will revoke the pedestrian-only area identified as a contributor to the level of empty premises in the town centre. By allowing access for motorists and providing parking bays, it is thought the level of passing trade will increase, improving the town’s economic activity.

“Consultation with the community has played an important role in shaping the improvement scheme, and feedback during the three-week consultation was considered in the final design – which is now available to view on the Council’s website. These works are for the long-term benefit of the town to help attract new visitors and businesses, while supporting existing traders.”