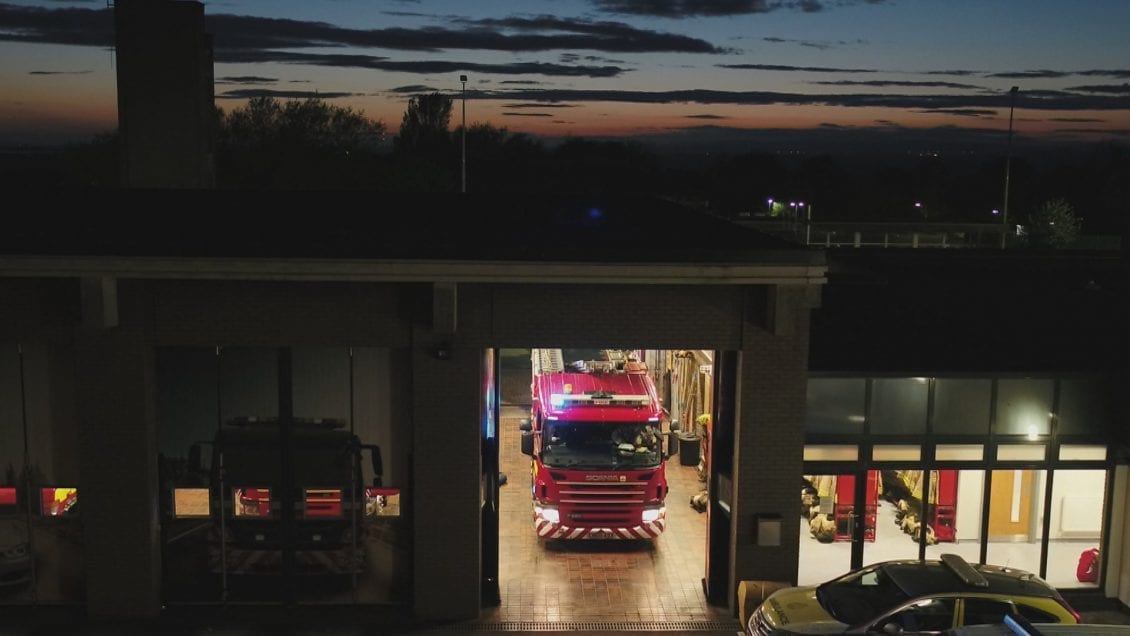 A WREXHAM care home resident enjoyed a birthday to remember as she discovered a secret concert was taking place on the complex where she lives.

The surprise gig was held in the grounds of Pendine Park’s Summerhill site, with residents and staff from the complex’s care homes coming together to enjoy musical offerings by three Wrexham-based acts.

Despite heavy rain falling in the days leading up to the concert, the event outside the Highfield care home was blessed with bright sunshine.

Dozens of residents sat under gazebos and enjoyed singing and clapping along to old classics such as We’ll Meet Again.

The concert was arranged by community organisations Yellow and Blue (YaB) and Nanny Biscuit.

All involved did so on a voluntary basis, expressing their wish to provide some musical cheer for the residents after they had endured five months of lockdown restrictions due to COVID-19.

For Bryn Bella resident Karen Jones, the concert provided the icing on the cake as she celebrated her 57th birthday.

“It was a total surprise to find this was happening,” she said while watching the concert. “I knew nothing about it until they told us this morning.

“To have it taking place on my birthday makes it extra special and I have really enjoyed it.

“The weather has been nice and it has been lovely to come outside and listen to the music.”

Karen has been a resident of the home for the past two years and she was wished a happy birthday by compere Luke Pemberton during the concert.

“It is a nice place to live and I enjoy being here,” added Karen, who has previously lived in Flint.

“Because of lockdown it is especially nice to be able to do something like this.”

The event was held exclusively for residents and staff, with social distancing measures in place.

A minute’s applause was held in tribute to staff – known as ‘coronavirus warriors’ – for their efforts during lockdown.

Artist in residence Sarah Edwards, whose 25-year professional collaboration with Pendine Park was acknowledged during the concert, hailed all who helped make the event such a success.

“We are delighted with how the concert went. We are extremely grateful that so many people gave up their free time to do this for us,” said Sarah.

“We kept this event a secret from the residents as we wanted to surprise them. They

had a great time and we are hugely grateful to Pete Humphreys from Yellow and Blue and his team who worked so hard to put this event on for us. They were all fantastic.

“During the past 25 years I have seen many changes here. It means a lot to help enrich the lives of our residents and events like this one are great to be involved in.

“We have a great team here and I love being a part of it.”

A number of other groups and businesses from the Wrexham area were involved in helping make sure the event was a success, giving up their time for free to help ensure the residents enjoyed the concert experience.

Among them was Spectrum Sound, Stage and Lighting, which provided equipment for the event.

“It is great to do something like this and help to play a part in providing something enjoyable for the residents,” said Spectrum founder Brendan Griffiths.

“It has been a difficult few months. This is the first gig we have been involved with since March, when normally the last few months would have been our busiest time of the year.”

The event’s three performers were delighted to be providing some musical joy again after a lengthy hiatus due to COVID-19.

Matt Carroll, from Caergwrle, was the opening act and he performed a mixture of old favourites and his own songs.

“It is great to be back singing again after so long. It has been a tricky few months,” said Matt, 33.

“It was nice to perform in front of the residents, as they will not have been able to enjoy things like this during the past few months.”

Rebecca Roberts, who lives near Acton in Wrexham, rolled back the years as she performed songs from the wartime era such as (There’ll Be Bluebirds Over) The White Cliffs of Dover.

“An event like this gives the residents something to look forward to. I’m very grateful to be invited here to perform,” said Rebecca, 26.

Also performing was Victoria Lewis, from Pandy, who sang musical theatre classics from shows such as The Sound of Music before teaming up with Rebecca for the show’s finale with a duet of Que, Sera, Sera (Whatever Will Be, Will Be).

“I am really pleased to be asked to take part in this event,” said Victoria, 21.

“It is nice that something like is being done for the residents. I hope they enjoy the songs we are singing.”

Event compere Luke Pemberton, from YaB, was delighted to see how successful the concert was.

“It is really lovely for the residents to be able to come out in the sunshine and enjoy the music,” he said. “A lot of them will not have had entertainment to enjoy for the last six months.

“It has been a very nice occasion and we are grateful to everyone who has given up their time to be a part of it.”

The concert at the Summerhill complex was followed by a similar gig during the afternoon, held for residents of the Hillbury and Gwern Alyn homes at Pendine Park’s other Wrexham site on Hillbury Road.