Twenty Nightingale House fund raisers have completed a sponsored trek along the Inca Trail to Machu Picchu in Peru.

The trek of a lifetime, along the world`s most important archaeological find and one of the new Seven Wonders of the World, had been planned three years ago but delayed because of the pandemic.

The trekkers left the Wrexham hospice on 1st July for Heathrow Airport and more than 30 hours later arrived in Cusco where they started their trek.  Each of them was walking in memory of a loved one, including husbands, wives, parents and friends.

Their first day was an acclimatisation trek to the archaeological site of Sacsayhuaman – a citadel on the northern outskirts of Cusco, the historic capital of the Inca Empire built in the 15th century, and one of the most mysterious ancient constructions on the planet. There, they met their Inca team of guides and chefs who were to accompany them on their journey of discovery.

Over the next couple of days, they ascended to 4,200m above sea level travelling over Dead Woman’s Pass, their highest peak. Every member of the group conquered it and on the fourth day they reached the Sun Gate, a fantastic 2,720m viewpoint over the whole of Machu Picchu.  They then began their return journey to Cusco.

Bethan Scott, who was walking in memory of her husband Dave who passed away five years ago said: “When we set out from Nightingale House, we really didn’t know what to expect. We were full of excitement but also extremely apprehensive too. We started out as a group of individuals and reached the Sun Gate together as one team. Honestly, we’re all proud of each other. Every single one of our fabulous group has done incredibly well. Between us all so far, we are on track to raise £100,000 for Nightingale House Hospice and we all did it in memory of somebody special. Standing at Sun Gate we stood together and remembered each of them, calling out their names feeling an emotional pull after all we had been through to reach that point of our trek.”

Delyth Underwood, hospice In Memory Giving Fundraiser said “We are all incredibly proud of each of these wonderful volunteers. They have worked tirelessly over the past few years, raising money in any way they could. Looking for new ways of fundraising through the pandemic, unable to hold events but coming up with so many new and innovative ideas. £100,000 is an unbelievable achievement and we are so very grateful to them. They are an amazing group of people. Thank you all” 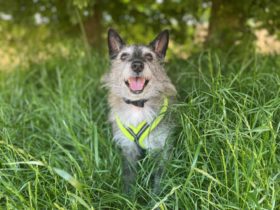 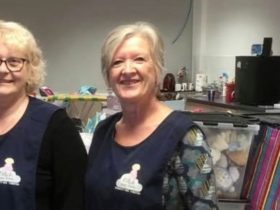