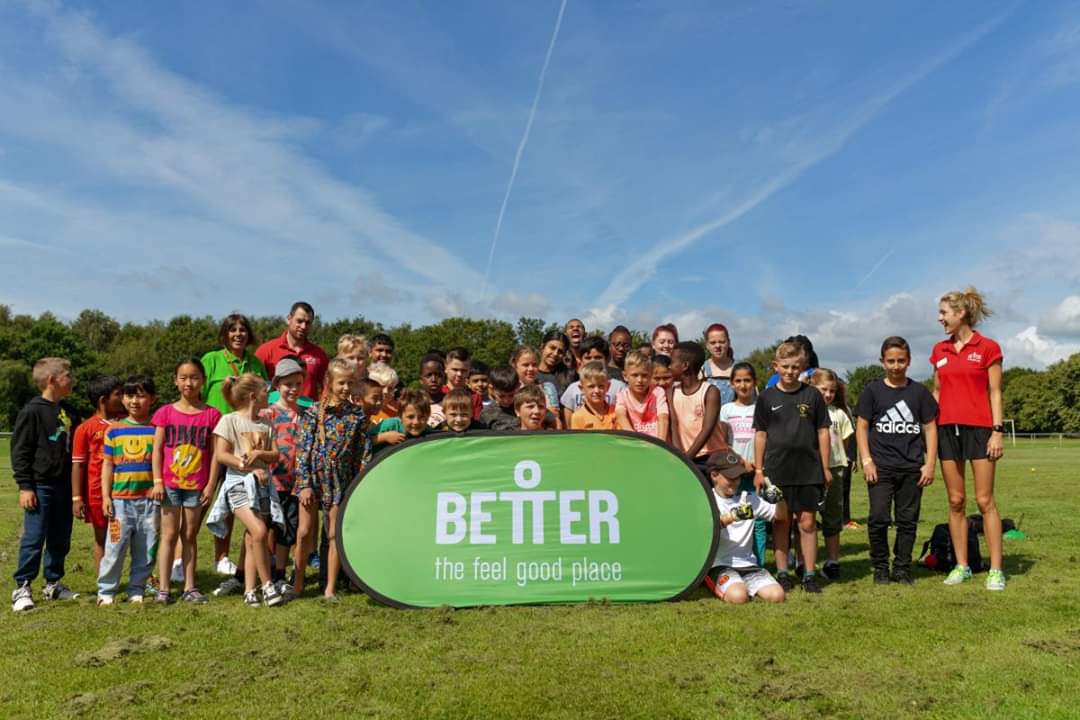 A WREXHAM youngster with a rare condition which means he loves to smile, laugh and give hugs a lot is helping to champion a series of summer holiday events raising money for a charity centre which is a ‘lifeline’ for his family.

Jake Edwards-Owen, 13, and his mum Helen visited Eagles Meadow shopping centre in Wrexham ahead of a four-week programme of free family fun entitled Passport To Africa.

The activities are being launched to coincide with the release of the acclaimed computer-animated remake of Disney blockbuster, The Lion King, which hits the screens at the shopping centre’s Odeon cinema on Friday (July 19).

The events will be held every Thursday and Friday, from 11 am to 4 pm, for four weeks, starting on July 25, and will help raise money for Dynamic, a Wrexham-based centre for children and young people with disabilities.

High energy activities will transport young shoppers to the plains of Africa with African dance and drumming workshops, craft sessions and a special meet and greet with real-life bugs from the continent. The events will culminate on Friday August 16 with an animal parade through the shopping centre following an animal mask making workshop.

Dynamic staff and volunteers will also be on hand to collect donations and raise awareness about their cause which was set up in 1995 and has its centre on the corner of Salisbury Road in Hightown.

The charity, which is partially funded by Wrexham Council but still needs to raise around £100,000 a year to stay open, provides out of school activities and training for children and young people with disabilities, aged between eight and 19.

The youngsters who attend have different disabilities including physical, intellectual or sensory impairments, emotional and behavioural issues or chronic illness.

It currently supports more than 100 young people by holding six weekly after school groups, a Saturday group, activities during school holidays and a major summer programme to support families during the long school break.

Jake and his mum Helen Edwards, of Johnstown, never miss an opportunity to do their bit to raise awareness of Dynamic which has supported the family for five years after Jake was diagnosed with Angelman Syndrome when he was seven and a half years old.

His cousin Adam also has the genetic disorder, which was formally identified in 1965 by a British doctor Dr Harry Angelman, and affects the nervous system, causing severe physical and intellectual disabilities. Common traits of the syndrome can include being easily excitable, stiff and jerky movements, being restless, problems sleeping and a particular fascination with water.

Jake, who is a pupil at St Christopher’s School in Stockwell Grove, is unable to talk, is unsteady on his feet and his disabilities mean he will need 24/7 care for the rest of his life.

But one of the common traits of the disease, which in Jake’s case is hereditary and caused by a mutation of the UBE3A gene, is that many of those affected smile and laugh a lot and, like Jake, are extremely sociable.

Helen, 49, who is also mum to 10-year-old Callum, said: “Jake is a hugger. He will think nothing of going up to people, either who he knows or otherwise, giving them a big smile and a hug which is wonderful.

“Even as a baby, when we started to notice he wasn’t developing at the same rate as other children, he was always smiley and happy.

“Although his condition means at times that he can get frustrated, particularly when he isn’t able to communicate how he feels with us and then his behaviour can become challenging, he never loses his ability to smile and laugh which is a very important part of who he is.”

Jake was born six weeks prematurely and at his nine- month-old developmental check, it was found that he wasn’t sitting up unsupported or making babbling sounds as would be expected.

Although delayed development will often be diagnosed in cases like Jake, it is not uncommon for Angelman Syndrome not to be confirmed for some time.

Helen said: “For some years, Jake’s issues were attributed to global delayed development.

“He was tested for autism and when this couldn’t be confirmed, the paediatricians in hospital wanted to do further tests.”

Jake became part of a Deciphering Developmental Disorders study and it was at this point that clinicians started to suspect Angelman Syndrome which a blood test later confirmed.

Helen said: “I watched some videos on You Tube and recognised Jake straight away. I showed them to my sister and we both knew it was the same thing affecting her son Adam too.”

Helen was already familiar with the work of Dynamic because it had been supporting her nephew Adam, now aged 26, who like Jake was born prematurely at 10 weeks.

Jake attends a club at Dynamic once a week after school and also joins in extended sessions over the summer holidays which include day trips out to places such as Delamere Forest, Chester Zoo and New Brighton on the Wirral.

Stuart Bellis, Eagles Meadow Centre Operations Manager, said: “We have a long association with Dynamic and hearing about how the charity supports young people like Jake and his Mum means I am delighted we are able to team up with them for our upcoming Passport To Africa events.

“The events are going to be fantastic fun for the whole family and if we can use that enthusiasm and energy to also raise money for such a valuable, local, young people’s charity, then all the better.

“I know how generous our local community is and so I feel sure, it is going to be a terrific success for Dynamic, not just from a fundraising point of view but also as a platform to let more people know about the brilliant work they do.”

Helen said: “We are so grateful for Dynamic being available to us, it’s something local, we know our children are safe there and the staff are simply brilliant. It’s a lifeline.

“Having a child with disabilities can be very isolating. Our children don’t always get invited to things because sometimes it is easier not to bother, but they need enjoyable and sociable things in their life, just like any other child. The centre brings  joy to their lives.

“Jake loves his visits there and it gives me extremely valuable time with my other son Callum who can miss out on things otherwise.

“There will be a different theme every week and he is always coming home with something he has made – might be a drawing or a cake, they do so many different things with them.

“There’s also a fantastic parents group and we meet once a month. It means you are in a room with other parents who get it and understand what it is like to be looking after a child with disabilities.

“Dynamic also organise for professionals, such as solicitors or social workers, to come in and give advice and help to us.

“The staff at the centre always welcome us with open arms, the kettle is always on and whether it is a laugh or cry you are after, they will always be there to listen.”

Amy Lynch, Dynamic Communications and Monitoring Officer, said: “We are very grateful to Eagles Meadow for inviting us to be part of their fantastic summer activities.

“The shopping centre is a fantastic local facility for the children and young people we look after because it provides a safe space for us to bring them where we can promote their wellbeing, get them out and about in our local community and use it even for things like teaching them about road safety.

“A week doesn’t go by without several of our groups visiting Eagles Meadow and the businesses there, such as Tenpin, have been fantastic about helping us organise sessions for the children and young people to enjoy.

“Wrexham is a very supportive community and that’s why it’s great to partner up with Eagles Meadow, at the heart of the town, and be part of what’s going on.”

All those visiting the Eagles Meadow summer activities will get a passport filled with fun games, exclusive retailer offers and information on how to be in with a chance of winning a fantastic family prize to see the Lion King musical in London including accommodation for one night in the UK capital.