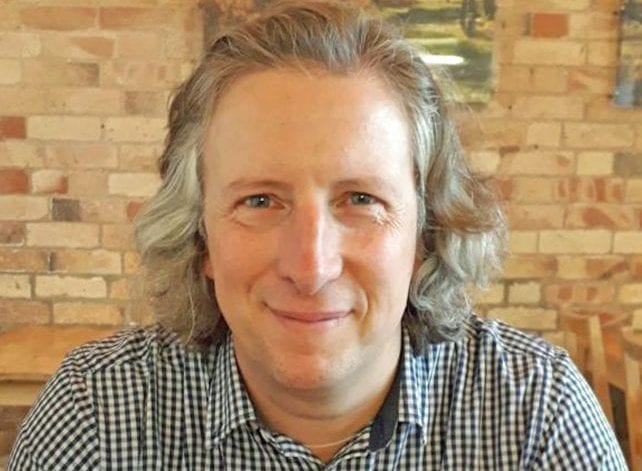 A company which supplies parachutes to Hollywood blockbusters like Star Wars and Batman and boots to tug’o’war teams is celebrating 30 years in business.

Denbigh Army Surplus was started in 1988 when craft and design technology teacher Mick Brady decided to take a year out from his job at a Flintshire secondary school.

Thirty years and a mountain of ex-army kit later the business, based on Denbigh’s Colomendy Industrial Estate, is still thriving – and adapting to a rapidly changing retail market.

Qualified engineer Mick, 63, born in Dublin and brought up in Leicester, said:

“I was teaching at Mold Alun School and took a year out in 1988 and never returned.”

A love of climbing had brought Mick to North Wales where he met his wife, Jan, a florist in Bethesda, and trained as a teacher at Bangor Normal College before starting at Denbigh High School in the mid-1980s.

“I had never been satisfied working for someone else,” he said: “I had tried several things including fixing car alternators when someone I knew mentioned army surplus sales where you could pick stuff up for pennies. That was my first mistake.

“They’ve been auctioning stuff since Napoleon and the first one I went to was in Tadcaster in Yorkshire – I thought stuff would be going for peanuts but the lots were fetching thousands.

“I sat there with a calculator and a piece of paper and eventually bought a crate of shirts for £30 and 300 bush jackets for £50.

“I had to drive up to Carlisle in my old estate car with a roof rack to pick them up and when I arrived the guy said, ‘Where’s your truck, mate.’

“I managed to fit them all in and I took a load of shirts down to the builder’s merchants in Denbigh and sold £30 worth and then I went round the building sites selling them as work shirts.”

Jan said: “We had to move out of the bedroom and sleep on the floor,” and other areas of the home also did duty as storage.

Mick said: “I bought two tons of boots and they were good sellers too – and they took up all the garage so when the gasman came to read the meter he couldn’t get as it.

“After about a year Jan was fed up with that and we rented a unit on the Colomendy Estate.

“Builders and farmers were always good customers for us because the thing with ex-army gear is that it might not be stylish or high fashion but it’s very high quality and very, very durable.

“For the first five years I thought I’d found the magic formula for making money because I had put the deposit down on our house and bought our current premises.”

Goods and clothing bought from the armed services would usually by ‘slashed’, cut with a knife to prevent it being fraudulently signed off twice which means carrying out running repairs has been part of the operation from the start.

Jan did much of the refurbishment, sewing on zips and buttons and carrying out general repairs on a variety of items including one of their most popular items – a job lot of Guards regiment red jackets.

That led to one of their most enduringly popular lines, parachutes made from ripstock nylon, which have been made ideal tents and shelters, for bushcraft and for weddings, and been very popular with theatre groups – not to mention a major film studios for the Star Wars series and at least one Batman.

A consignment of boot trees for cavalry boots sold well at £50 the pair, especially in France, including the four Jan had earmarked as legs for a coffee table, while riot helmets were snapped up by martial arts enthusiasts who wear them for training.

“Our customers are people of all ages and backgrounds. We don’t sell knives or crossbows but aim for the utilitarian.

“We never cease to be amazed at the uses people come up with for our products – we had a guy who used to be on the Ark Royal and he used the parachutes as a mobile paint-spraying booth.

“The quality is fantastic, after all you can’t get any more demanding customers than farmers and if they’re happy with your stuff then it must be good because they’re the most destructive testers you can find.

“They’re bargains too – the real price for the quality has already been paid by taxpayers through the governments of the countries where we source our goods and we don’t just buy British, we buy German, Dutch, anything we think we can sell.”

Twenty years ago the company went online which has given them a global reach and, now rebranded as DAS Outdoors, they employ seven people and send out worldwide but the market is changing and that’s something they have recognised.

Mick and Jan’s son, Rich, now Managing Director, has masterminded their successful move to an online operation and he said:

“We do see the army surplus slowing because our suppliers are becoming our biggest competitors.

“We had a period of reflection and I have now produced a strategy for the future capitalising on the popularity of our parachute shelters.

“They’re our biggest sellers for the past 12 months and we want to develop that so rather than just supplying outdoor shelters we are putting together a complete package for our customers.”

For more information on DAS Outdoors go to www.dasoutdoors.co.uk/