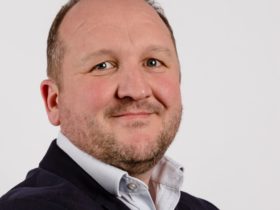 The sport is especially popular in the United Kingdom. During the Victorian era, when horse racing became hugely popular the world over, it was within Great Britain that the spark was ignited, and within Great Britain that the sport enjoyed the most popularity. Today, the sport remains massively popular in the UK, especially in England and Ireland, where some of the biggest innovations in horse racing are made.

It is within England, that one of the biggest horse racing events in the world is held. The Royal Ascot is a five-day event, held annually at the Ascot Racecourse. Apart from the cocktail party, the Royal Ascot’s biggest draw are the races held each day. The horses compete on different tracks, against different opponents, with a number of Royal Ascot betting offers swooping in with each passing race. Held relatively undisturbed since 1825, the Royal Ascot has remained one of England’s most popular sporting events, and among the top most popular horse racing events in the world.

In 2022, the Royal Ascot will be held in mid-June, starting on the 14th and ending on June 18. Starting in 14:30, and opening with the Queen Anne Stakes. For those interested to follow the races, bet on a horse, or maybe even stream some of the stakes, the entire list of races, events, etc. you can find here.

Most Popular Events at the Ascot

Looking at it historically, the most popular event from both a social and sporting perspective, is the third day of the Ascot, nicknamed Ladies Day. The social aspect of the day is focused entirely on extravagant outfits, gowns, and fabulous hats. The name and tradition of the event can be dated all the way back to the mid-1800s, when a poet described a Thursday at Ascot as a wonderful day, when women dressed as angels, and embodied the beauty of the region.

And speaking of the horses, let us take a look at the most popular horses, expected to do a fabulous job at the 2022 Royal Ascot.

Most Popular Horses at the Ascot

For those curious to place bets on horse, or take a look at the handicap races, in this section we are looking on the best horse athletes, which are highly expected to do well at the 2022 iteration of the Royal Ascot. The number one pick, which seems to be on everyone’s mind, is Baaeed. Bred by the late Hamdan bin Rashid Al Maktoum, Baaeed is a British Thoroughbred, who began racing just last year, in 2021. Only a year into his career, and Baaeed has already proven himself as one of the best horses in the game today, doing quite well during the Royal Ascot of 2021, finishing in first and second place in quite a few races. Other notable horses that will be prominent during the Royal Ascot, include Kyprios, who will be racing in the Gold Cup, Blackbeard, and Stradivarius.