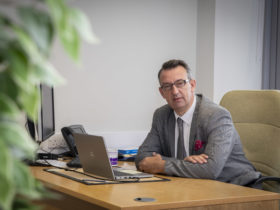 Detectives investigating an attempted robbery in Port Talbot are appealing for a good Samaritan who intervened to come forward.

The victim, a woman in her 70s, was approached by an unknown man as she walked through an alleyway between the Well Pharmacy and Sweetmans on Forge Road at approximately 8.30pm on Friday, January 18th.

As she made her way to her car, which was parked in the car park to the rear of the buildings, she heard a man shout. She turned and was confronted by the suspect, who grabbed her face and attempted to take her handbag, telling her “I need a few quid.”

The attacker slapped his victim to the face and made off when a motorist parked in the car park beeped his horn and shouted to disturb the attack.

The witness stopped to see if the victim was okay and saw her to her car, however no details for him were obtained.

Detective Sergeant David Connick, who is leading the investigation, said: “This was a frightening attack on a vulnerable woman; one which could have had even worse consequences had it not been for the intervention of another member of the public.

“We are keen for that person to come forward as they may have vital information which could assist us in identifying the attacker before he subjects anyone else to such an ordeal.

“I’d also appeal to anyone else who may have witnessed the incident, or who believes they may know the identity of the attacker, to come forward.

“The suspect is described as around 5ft 10in tall, of skinny build, and smelt strongly of smoke. He was carrying a large rucksack and wearing fingerless gloves and a scarf which concealed much of his face.”

Anyone with any information which could assist the investigation is asked to contact 101, quoting occurrence 1900022087.