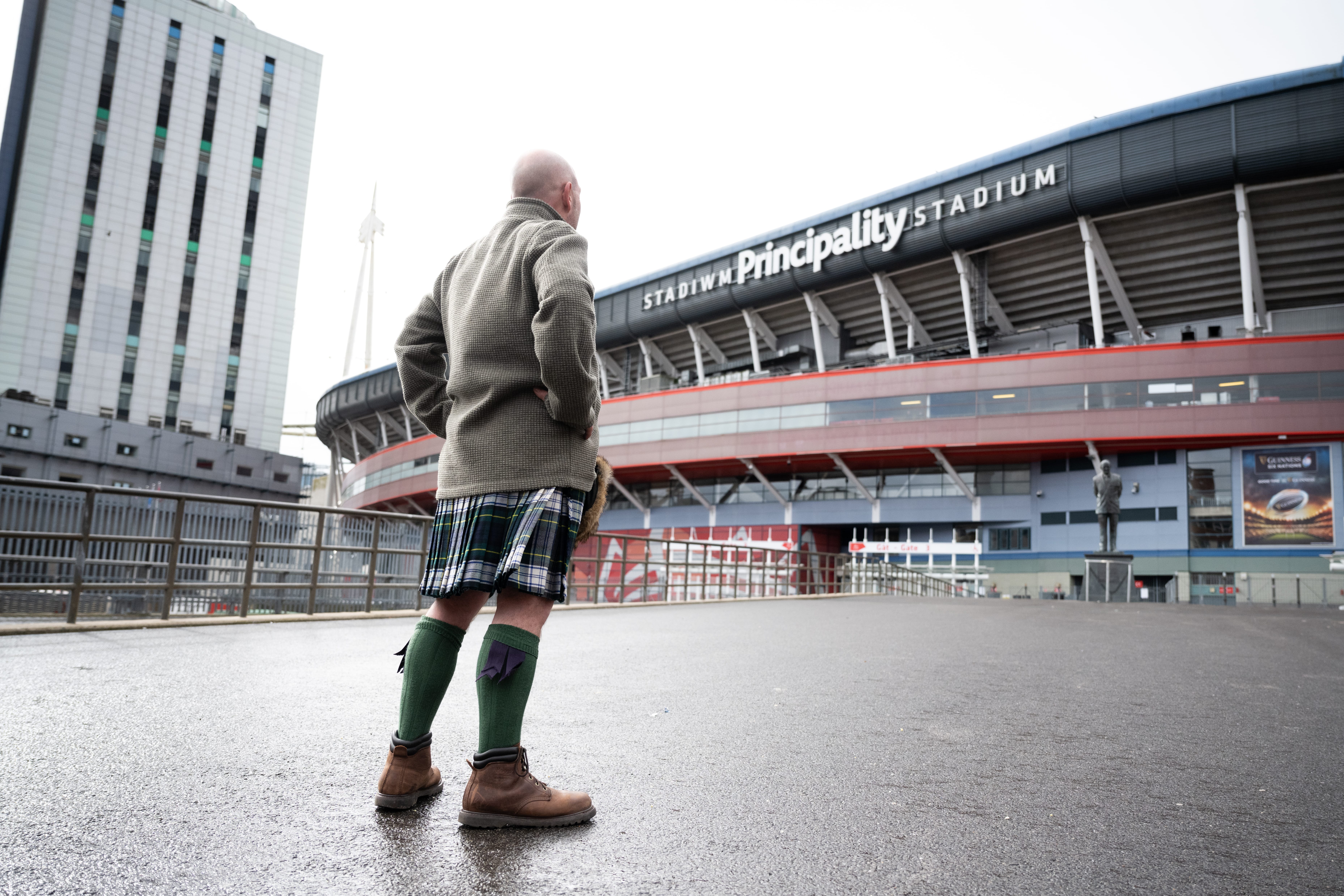 Homelessness and rough sleeping charity The Wallich, artist Maxwell Rushton and the Wales Milennium Centre have commissioned a collection of sculptures in which casts of previously homeless people were placed around the city centre in bin bags.
In response to rising homelessness in Wales, the casts were placed around Cardiff over four days to gauge public consciousness of people on the streets. Reactions were filmed and included concern and worry for people inside the bags, in some cases a distain and assault of the sculptures but, mostly, the reaction was blind indifference.
One concerned member of the public who spotted a sculpture outside the Senedd in Cardiff Bay said, “I was just concerned to be honest. It’s not something you see every day. I thought maybe we should go and report it. I kind of thought someone was trying to commit suicide; which is really weird, but I didn’t want to go home and find out later that something had happened. I was going to go to security and say, ‘Just so you know there’s a guy out there covered in a black bag.’”
To create the casts, four participants of Behind The Label, a WMC and TVO theatre show written and performed by people who have experienced homelessness sat for artist, Rushton. Their experience of sitting in Jesmonite AC100 Water Based Casting Resin for 30 minutes pushed them to revisit feelings of isolation and loneliness were also documented.
If you missed the sculptures in and around Cardiff, the exhibition, called Chrysalis, will be on display with a series of videos about the sculptures, their subjects and the public reaction at the Wales Milennium Centre on Wednesday 27 November.
Maxwell Rushton, creator of Chrysalis, explained how he came up with the idea, “When I walked out of a shop and I tipped over a bin bag, I turned around and apologised because I thought it was a homeless person.”
Markus, who is part on the Behind The Label performance and was a sculpture mold, said, “To stand back and look at the sculpture, it’s a smack in the face because you know it’s you. It makes you feel vulnerable and seeing people’s reactions to it as well, you can see it’s powerful. You’re forced to confront yourself and that’s the same with Behind The Label; you’re put in a position where you’re exposing yourself – you’re raw., sharing your story. I’m looking forward to seeing and hearing people’s reactions because I don’t think there’s anything else like that out there.”
Kev, who also sat for Rushton, said, “It kind of brought back the feeling of being lonely when I was on the streets.”
According to Welsh Government statistics, rough sleeping in Wales has increased 45% since 2015. The Wallich has declared rough sleeping a national emergency and anyone who visits the WMC during Chrysalis or Behind The Label will have access to a guide which advises the public on what to do to help people rough sleeping.
Topics: The Wallich Wales Millennium Centre
0 Shares
Share on Facebook Share on Twitter Share on WhatsApp Share on WhatsApp Share on Linkedin Share on Email
Rhys Gregory November 27, 2019