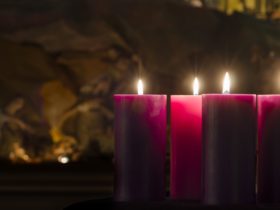 BDP has been awarded the contract to deliver a significant refurbishment project for the Welsh School of Architecture in Cardiff.

The project was procured by Cardiff University from a shortlist of local architecture practices and marks an important milestone for BDP’s presence in south Wales.

The Welsh School of Architecture currently occupies part of the Grade II listed Bute Building on Cathays Park in Cardiff but plans to expand to occupy the majority of the building following the relocation of the School of Journalism, Media and Culture Studies later this year.  The Welsh School of Architecture will be celebrating its centenary in 2020 and the successful refurbishment of the Bute Building will help support its future growth.

BDP recently announced its commitment to invest in a long-term future in south Wales, building on the success of recent projects such as the Grange University Hospital, Monmouth School and University of Wales Trinity St David’s new building for S4C ‘Yr Egin’.  This new instruction follows the appointment of Nick Durham to lead development of BDP’s practice in the region.

“This is a fantastic win for BDP in south Wales and we are excited to begin our journey with the Welsh School of Architecture and Cardiff University.  The opportunity to design a school of architecture doesn’t come along very often and to be able to do this in a building and with a client that we know so well makes this project even more special.

“BDP is committed to supporting architectural education in the UK having recently joined a group of leading practices and universities to support a range of new architectural apprenticeships, improving diversity in architecture and accessibility to the profession.  We hope the project we are about to undertake with the Welsh School of Architecture will inspire a new generation of architects and help strengthen the links between academia and practice.”

Nick has worked in Cardiff for over 20 years and his portfolio includes a diverse range of projects including Aneurin Bevan Local General Hospital, Ebbw Vale and the award winning Alltwen Community Hospital in Porthmadog. He has also worked on many large and complex strategic healthcare projects, such as concept designs for Hampshire Critical Treatment Hospital, and the Royal Sick Children’s Hospital, Edinburgh.  To compliment his local knowledge Nick also brings international experience to BDP, having worked on healthcare projects in Sydney, the Middle East and Scandinavia.