Blake Morgan has elected Kath Shimmin as its new and first female Chair. Four newly elected partners will also join the firm’s Board from 1 May.

Named in the 2021 Legal 500 Hall of Fame, Kath has more than 25 years’ experience in the finance sector. She joined the firm in 1994 and was promoted to partner in 1997. Since then, she has been focused on setting up, building and leading a specialist Banking and Finance practice within the firm. She also leads the firm’s gender strategy, part of the firm’s wider initiatives spearheading the advancement of diversity and inclusion within the business. Kath will continue to lead the firm’s Banking and Finance group, alongside her responsibilities as Chair.

Kath replaces Bruce Potter, who has held the position since 2014 and will step down at the end of the financial year. Bruce will remain as a partner and an adviser to members of the Board, as well as continuing to maintain his high-profile work with the NHS.

Kath Shimmin, Chair and partner at Blake Morgan, said: “It’s an honour and a privilege to be elected as Blake Morgan’s new and first female Chair. Working in Blake Morgan, I’ve always been supported whenever I’ve wanted to try a new opportunity, which reflects the firm’s progressive attitude to change and is why I’ve invested so much of my career here. I hope this new appointment will create a legacy for other women coming through the firm and legal profession, demonstrating that women can reach the top based on merit, hard work and commitment.

“I’m now looking forward to working with my colleagues to set out our strategic priorities for the next three years. I’d like to thank the current Chair, Bruce Potter, for his leadership throughout his tenure. I will be continuing his work to spearhead Blake Morgan’s growth as we continue to emerge from the challenges of the pandemic, and maximising the advantages of the new way of working, with a blend of remote and office-based work.”

In addition to Kath’s election to Chair, Blake Morgan has also welcomed partners Penri Desscan, Andrew Farmery, Sadak Miah and Richard Wade onto the Board, with effect from 1 May 2021.

Penri Desscan is a commercial lawyer based in the Cardiff office and is head of Blake Morgan’s Commercial and Charities team.  Penri specialises in major projects, public procurement, and all aspects of commercial law, with an emphasis on long term, complex, high value services and supplies contracts. He is Blake Morgan’s lead relationship partner to the Welsh Government, and advises a broad range of clients, including the NHS in Wales and England, local authorities, universities and housing associations.

Sadak Miah heads up the Commercial Recoveries practice.  Sadak joined Blake Morgan in 1992 and since 2001, he has grown the Commercial Recoveries practice from a team of three to 35. The practice specialises in the finance sector and advises on asset and debt recovery, litigation and regulatory matters. The team has been ranked in the top tier of the Legal 500 for the last nine years and Sadak has been ranked as a Legal 500 Leading individual for the last three years.

Richard Wade heads Blake Morgan’s Construction group and has been re-elected to the board for a second term. He joined the firm in 1997 and became a partner in 2001. Specialising in construction law, Richard’s practice combines both non-contentious work and dispute resolution. His clients include a wide range of developers, funders, contractors and professional designers and suppliers, as well as special purpose vehicles, for projects across a variety of sectors (including commercial, retail, leisure, housing and not-for-profit organisations such as schools, colleges and trusts).

Commenting on the election results, Managing Partner, Mike Wilson, said: “We are very pleased to welcome Kath, Penri, Andrew, Sadak and Richard onto the Board, who each bring a wealth of experience and a range of specialist knowledge. Through an open and contested election, they’ve all been selected on their merit and commitment to the firm over many years, which has created a more diverse team that reflects the views and attitudes of the partners.

“Kath’s appointment as the first female Chair of Blake Morgan is an historic one for the firm, and testament to her dedication and achievements, as well as demonstrating Blake Morgan’s commitment to giving our lawyers the support and opportunities to grow and progress throughout their careers.

“Bruce Potter, the Board and I have been working closely with the new elected board members over the last few weeks to ensure a smooth handover at the end of the financial year. I’m very much looking forward to working with the newest elected members and supporting the Board’s plans for future growth.” 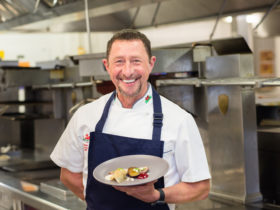 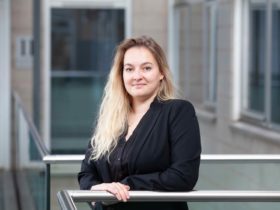 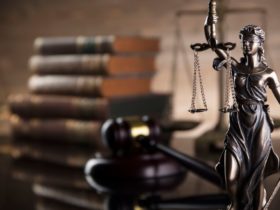 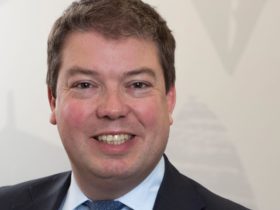