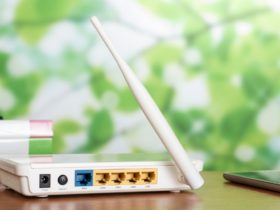 A fast-growing Flintshire amateur boxing club is launching new weekend training and coaching sessions for young people thanks to cash seized from criminals.

Buckley Boxing Club was founded more than 100 years ago and has produced its fair share of champions and Welsh internationals but it is showing no signs of flagging.

They already have more than 200 members aged from four to sixty plus who attend sessions at their gym off Drury Lane most evenings of the week.

Now they want to extend their coaching for youngsters up to the age of 18 to weekends and they’ve been given a helping hand of £2,500 from the North Wales Police and Crime Commissioner’s Your Community Your Choice Fund

More than £400,000 has been handed out to deserving causes in that time and much of it has been recovered through the Proceeds of Crime Act, using cash seized from offenders with the rest coming from the Commissioner, Andy Dunbobbin.

Katrina Field, the club vice-chair and a qualified boxing and personal fitness coach, said that the club had been inundated with applications to join from young people since lockdown had been eased and the grant would now enable the club to take on new members.

She said: “We want to support young people, to keep them off the streets and engage with them and having classes at weekends will help us do that.

“Our youngest members are four years old and we have had to turn people away because we just couldn’t cater for them but this award will help us put on extra sessions aimed at young people at weekends.

“There has been interest in Sunday morning classes as well as Saturdays and we are getting lots of enquiries from girls and ladies ever since the Olympics and the success of Welsh boxer Lauren Price.

“Our main focus at weekends will be on youngsters who have had a hard time in the pandemic with a lot of anxiety and lack of confidence.

“If we can provide more sessions for them it will help them with their mental health and provide them with the opportunity to compete and have something to work towards.”

Katrina and her dad, Mark, the club chairman and a former professional boxer who is now a registered mental nurse, lead a team of ten coaches at the club and they are hopeful the extra sessions will also see more volunteers come forward to help with the successful club.

North Wales Police and Crime Commissioner Andy Dunbobbin was impressed with the club’s work and said: “They’re doing a great job here and have been for over 100 years.

He added: “I am delighted that my Your Community Your Choice fund continues to support community projects across North Wales.

“This unique fund is demonstration of people power in action because it allows our communities to decide which projects should get financial support through our on-line voting system.

“There is an element of poetic justice in using money obtained through crime to address the problem of crime in our communities.

“This is a really positive aspect of the scheme and it helps bring us closer to those communities.”

Assistant Chief Constable Chris Allsop said: “I get particular satisfaction that part of the funding comes from the proceeds of crime, so that money is taken out of the pockets of criminals and their ill-gotten gains by the courts and is put back into community initiatives.

PACT chair Ashley Rogers said: “These awards are important because they support community projects right across North Wales and it’s the communities themselves that decide where the money can best be spent.

“A lot of what we fund is aimed at providing something for young people to get involved with in their spare time, activities that can help to build skills and positive physical and mental health.

“Community groups and projects can do a great deal to make communities safer, reduce crime and reduce re-offending, it also sends a good message to the communities because it shows we are listening to them.

“The aim is to build up resilience in communities across North Wales to help vulnerable people and combat things like County Lines.”