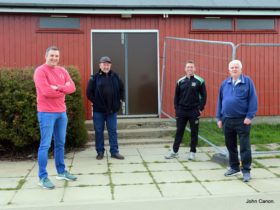 In December 2019 the victim, who cannot be identified for legal reasons, disclosed that Ethan Hopkins had sexually assaulted her on a number of occasions.

Hopkins, who was 19 at the time, absconded when he learned of the allegations made against him but was arrested seven days later.

Despite denying the allegations – claiming to officers he was never alone with the child and would have not had the opportunity to carry out the abuse – Hopkins was charged with two counts of sexual touching of a child under 13, and one count of causing/ inciting a child to engage in sexual activity.

He subsequently pleaded guilty to all offences at Cardiff Crown Court, and was today sentenced to six years’ imprisonment.

He will remain on the Sex Offenders’ Register for life and was also made subject of the Sexual Harm Prevention Order.

Speaking after the sentencing, Detective Constable Louise Buttle from the Child Abuse Investigation Unit said: “I cannot praise the young victim in this case enough. Her courage and bravery in speaking out has helped ensure this predatory individual is now behind bars where he cannot harm any other innocent children.

“His offending will have a lasting impact on the child and her family, who have been left devastated by the abuse. I hope today’s sentencing brings them all some closure and allows them to begin rebuilding their lives.

“I also hope this sentencing encourages anyone else who may be suffering in silence to come forward. Our specialist unit will fully and sensitively investigate their case and I can assure them they will be treated with the dignity and respect they deserve. There is a whole range of support available from us and our partner agencies to guide them through the whole process.”

Sexual abuse can be reported via 101, or to Crimestoppers anonymously on 0800 555 111.
Alternatively, help, advice and support can be sought from Sexual Assault Referral Centres (SARC). Visit http://thesurvivorstrust.org/sarc/ or contact 02920 335795.