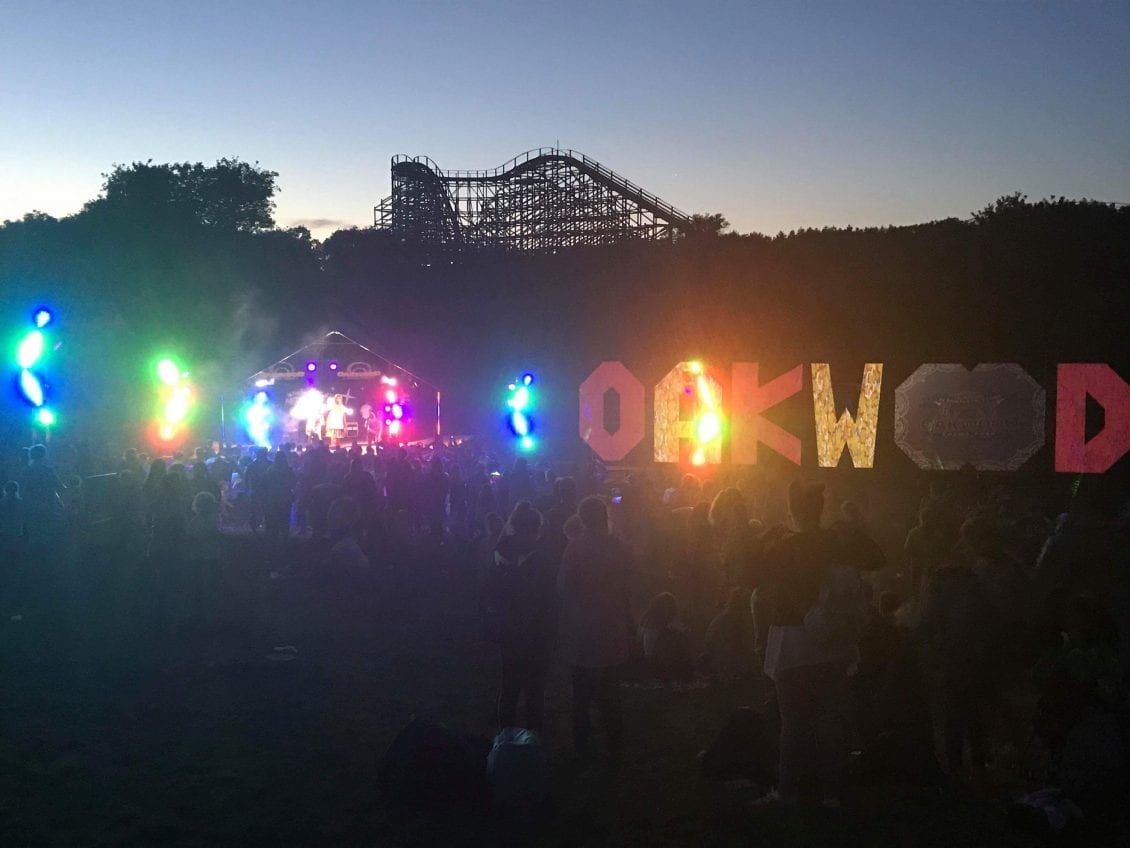 Music, fireworks and late-night rides at Oakwood’s After Dark events this summer

Swansea’s amazing summer of fun is set to continue in the coming weeks following the high-flying success of the Wales Airshow.

The two-day Wales Airshow is the biggest free annual event in Wales and at the weekend tens of thousands were at the city’s prom to enjoy it.

Robert Francis-Davies, Cabinet member for Investment, Regeneration and Tourism, said it was nice to see the much-loved show that took a two-year break due to the pandemic back this year. It’s due to return on July 1 and 2 in 2023.

Last weekend’s show was just a curtain-raiser for an unprecedented year of high-flying entertainment and sports events taking place across the city this year.

Cllr Francis-Davies said: “We’ve got an incredible array of other events still to come, including major music acts like Nile Rodgers and Chic, Paul Weller and Anne-Marie, all of whom will be performing at Singleton Park this summer.

“And that’s on top of rock legend Elton John who made the Swansea.com Stadium his own last week as part of his farewell world tour.

“There will also be free international spectator events like IRONMAN 70.3 Swansea, Volvo 2022 World Triathlon Para Series Swansea and the Para Sport Festival, all of which are being hosted by the city in August.”

Cllr Francis-Davies said: “The council made it a policy commitment that after two years of the pandemic, 2022 would be the best-ever year for exciting, world-class sport and entertainment in our city. Working alongside our partners and events promoters, we are delivering on that promise.”

He added: “There will also be excitement indoors as well as outdoors as all this will be taking place not much more than a stone’s throw from the Grand Theatre and Swansea Arena with their incredible line-ups of events and acts that’ll also be in full swing.

“All our events will be backed-up by our Destination Marketing teams who will be sharing the news of the big Swansea welcome across the UK. We’re backing local tourism and entertainment businesses and we want everyone planning a staycation in Wales and the UK to know about it.”

The council will also be supporting events arranged by other groups and organisations – from community bike rides to triathlons and duathlons.

Cllr Francis-Davies said: “Some special events to look out for are a Gala performance at Swansea Grand, to celebrate its 125th anniversary, and the return of Swansea Festival to the Brangwyn Hall.

He added: “Following on from the Queen’s Jubilee celebrations, we will also see the return of popular events including food festivals and outdoor cinema.”

Cllr Francis-Davies said the council will also be helping host three national cultural programmes that will play out across the city throughout October.

He said: “The World Reimagined is a national public arts and education programme, focusing on better understanding our shared histories to make racial justice a reality.

“The education and community programme will run throughout the summer and result in a spectacular arts trail of globes in key locations, creating a new temporary visitor attraction for locals and visitors alike to enjoy.”

World Reimagined will take place alongside two major projects of UNBOXED: Creativity in the UK – a national celebration of British creativity.

The first project sees Swansea hosting both the Welsh and UK wide commissions, including a walking trail by the Reading Agency, working with our libraries, virtual and augmented reality to bring reading and storytelling to life.

The second project is called GALWAD: A story from our future. It’s produced by Collective Cymru and will include a new performance by National Theatre Wales culminating in an immersive public performance in Swansea city centre.”

Cllr Francis-Davies said: “The latter part of this year sees the ever-popular Admiral Swansea Bay 10K in September, the annual Fireworks display and the not-to-be-missed Christmas Parade in November.

“All these events will demonstrate not only that Swansea is throwing open its doors to offer its biggest-ever welcome to visitors this year but it’ll also be a major boost for the events, tourism and hospitality sectors after a tough two years.”