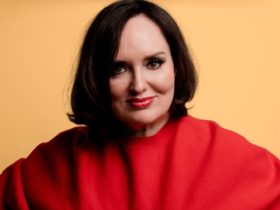 Quantum Advisory has taken on its second apprentice at its Cardiff headquarters during this month’s National Apprenticeship Week.

Ben Vowles, aged 18 from Pontyclun, has joined the pensions specialist’s finance team as an accounts apprentice and will combine his work with studying for his AAT (Association of Accounting Technicians) qualification at Cardiff and Vale College. Since leaving Coleg Y Cymoedd, Ben worked at Bad Wolf Studios as a trainee accountant for six months and will begin work on his AAT Level 2 in September.

Working alongside Ben is Marc Ashman who joined Quantum in July 2018, also as an accounts apprentice. Marc, 19, joined Quantum’s apprenticeship scheme straight from Bridgend College and has since gone on to complete AAT Level 2.

Ben and Marc assist the accounts team working on internal and external high-profile clients and will have the potential to advance through to the ACA (Associate Chartered Accountant) Qualification.

Quantum Advisory’s Financial Controller, Suzy Lloyd, said: “Apprentices are extremely beneficial to our workforce. By recruiting apprentices, we are able to offer development to existing staff both in their everyday duties and in learning to delegate and train colleagues. The apprentices get hands on experience in the workplace which is invaluable alongside their training.

Going down the apprenticeship route is an alternative to university as they can earn at the same time as training. As an apprentice, they get an understanding of the basics of the role which gives them an excellent grounding in the business and is a great start to their career.”