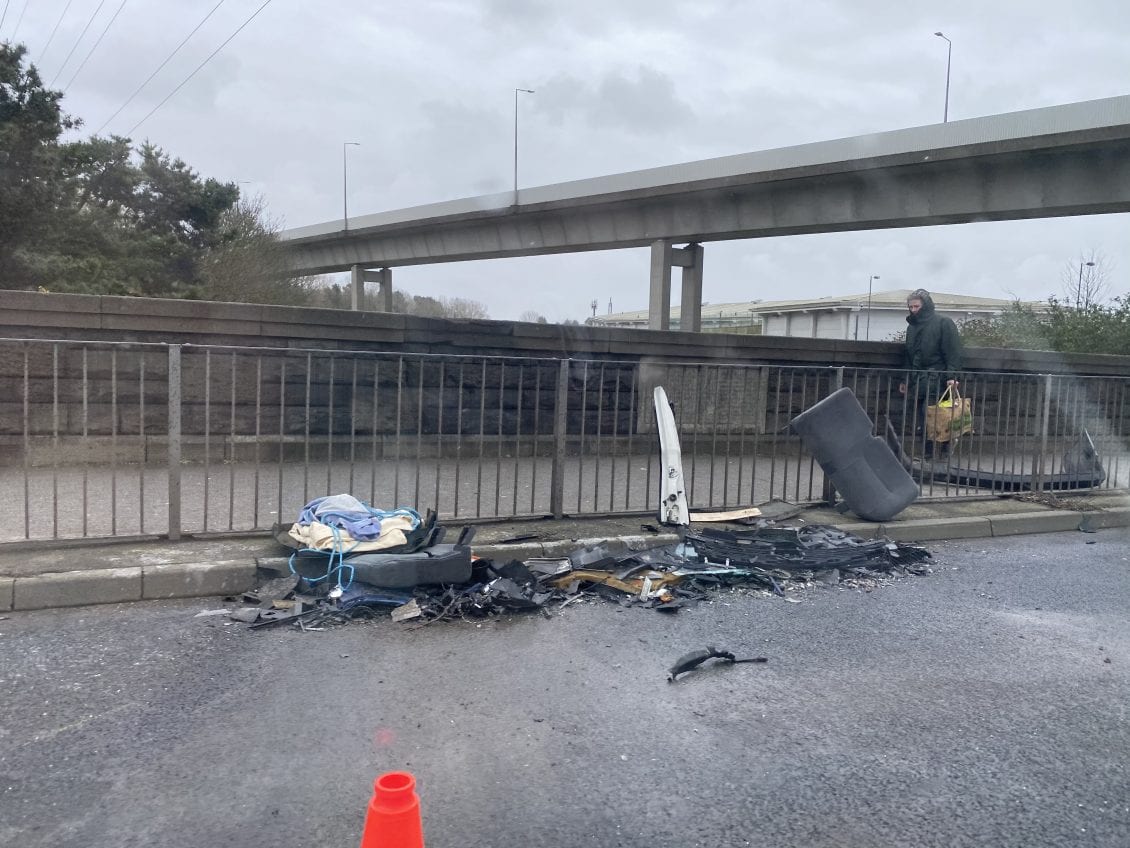 A volunteer from the north-east of Cardiff has put her best foot forward for health research as the world’s largest imaging study opens a new assessment.

Mrs Rita Clements is the first person to attend the centre from Cardiff. The resource hopes that many more UK Biobank participants from the city will follow in her footsteps.

“My husband died in 2018 and it made me aware of how precious life is. If research done with UK Biobank influences people to take better care of themselves, and to find new treatments for illness, what better legacy can we leave the next generation.”

This £50m project will involve imaging the brain, heart, bones, carotid arteries and abdominal fat of 100,000 participants from the half a million cohort in UK Biobank. The new centre in Bristol will support the work of three other centres across the country. These multi-organ scans will be analysed alongside the vast data already collected from volunteers and will transform the way scientists study life-threatening illnesses.

Around 18,000 volunteers from Cardiff contributed to the first phase of the UK Biobank project in 2008. They attended an assessment centre where they were weighed, measured, answered lots of questions about their health and provided a blood sample for genetic analysis.

This new assessment is the biggest collection of scans ever undertaken and nearly 50,000 volunteers have already undergone the four hours assessment at centres in Reading, Cheadle and Newcastle.

MRI assessments of heart chambers will provide an insight to how the heart changes as it pumps blood around the body whilst the abdomen scan will show how fat is distributed in areas like the liver and pancreas. Brain scans will map major connections of neurons and dual-energy X-ray absorptiometry measures bone density throughout the body. Ultrasound assessments of two major arteries that run either side of the neck to the brain will also take place.

“In Bristol, we are privileged to have a group of dedicated participants who contribute to both UK Biobank and the Children of the 90s, two studies in one city capturing invaluable information about the health of the general population.

“The UK Biobank imaging study is nothing short of unique in its contribution to health research. At the Children of the 90s, we fully support this effort and would like to encourage any of our original study parents (some of whom are also in UK Biobank) to take part. The generosity and commitment of participants in both studies is extraordinary – please keep going!”

This visionary project was set up in 2006 by the MRC & Wellcome Trust to create a research resource of half a million people across the UK to improve health. For the last 14 years UK Biobank has gathered huge quantities of data on its 500,000 participants and linkage to a wide range of health records is also under way. This extra layer of data will help scientists better analyse the results and improve treatments of a wide range of diseases, including dementia, cancer and stroke.