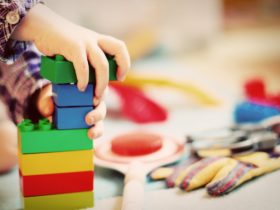 Language researchers at the University of Cardiff, funded by the AHRC projectMultilingualism: Empowering Individuals, Transforming Societies, led by the University of Cambridge, have published a report on an initiative aimed at encouraging secondary school students undertake modern languages at school.

The Digi-Languages project, part of a Welsh Government funded scheme, trains University students to mentor school pupils using a suite of online resources and communication, blended with face-to-face mentoring sessions. Support is targeted at children who had previously indicated no interest in studying languages, and evaluations show a significant impact on language take up and positive views on language learning.  The report points to an opportunity to expand this model across the UK.

The Digi-Languages project was developed to make mentoring more accessible to a wider range of schools and to harness the potential of online resources and communications. It involves a blend of face to face and online learning over a six week period, with 19 schools participating in the pilot in Spring 2018. It compliments a wider University mentoring programme focussed on languages that has assisted thousands of pupils across Wales, supported through the ‘Global Futures’ plan for boosting foreign languages.

Evaluations found that 43% of pupils mentored opted to take up a GCSE in a Modern Foreign Language. Pupils felt it changed their thinking about languages with nine out of ten pupils rating their experience in the Digi-mentoring project as ‘Excellent’ (49%) or ‘Good’ (43%).

According to Project lead Professor Claire Gorrara, Cardiff University: “British Council Research published just last month shows a continued decline in the uptake of languages in schools. We need to provide positive and engaging supports to students to reverse this trend, and mentoring is a great way to do it.

The design and development principles behind Digi-Languages were focused on generating enthusiasm and motivation for language learning.  Using digital technologies has the potential for scalability and a way to deliver less resource intensive mentoring, early indications have been very positive, with benefits for school and University students alike. We believe within the right policy framework Digi-Languages can serve as a model to be rolled out in other regions across the UK.

One of the report authors Lucy Jenkins, referenced the way the scheme boosted awareness and positive perception of languages in schools:

“Interventions and supports such as Digi-Languages show how policy can stimulate change and create an appetite and interest in languages at crucial stages in the education cycle. Support was aimed at a broad range of students, including many from disadvantaged areas. The mentoring has also proved beneficial for the Student mentors, improving practical skills as well as forging links between Universities and their local communities.”

The full report is available at: