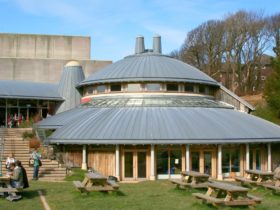 The announcement by J J Morris Auctioneers that Cardigan Animal Market will close next month, has been described as another blow for the industry by the Farmers’ Union of Wales.

According to the auctioneer the final market will be held on Monday, 9 September. It is believed that the closure of Cardigan mart will not affect markets in Crymych and Whitland.

The reasons for closing the mart have been reported to include rising costs, reduced animals and TB outbreaks in the area.

FUW Deputy President Brian Thomas responded to the news saying: “This announcement comes just weeks after we heard that Cowbridge market is closing and can only be described as another blow for our industry.

“The auctioneers have valid reasons for closing the site and it won’t have been an easy decision for them to make.

“The closure of any local mart removes a vital lifeline from the community and also makes it necessary for farmers to travel far greater distances to sell their stock.

“Sadly this is a sign of the times and I fear for the future of some smaller livestock markets.”