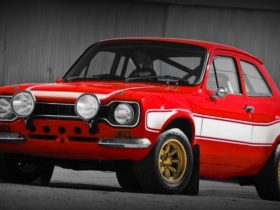 Welsh racing star Matthew Rees endured a tough trip to the fabled Spa-Francorchamps in Belgium at the weekend (July 22-24) as power issues hampered his performance in the GB3 Championship. Finding himself up against a steep learning curve, the 17-year-old travelled to the circuit the week prior to familiarise himself in a sportscar race, though his Radical suffered mechanical woes which didn’t help his learning. Trying to get to grips with the circuit and a change of tyre cambers which unsettled the set-up of the car, the youngster found himself within the top eight through Friday’s test sessions, but a late red flag in qualifying meant his best time was only good enough for ninth. Getting a slow start off the line for race one, the BRDC SuperStar had a brief trip into the gravel at the first turn before the Safety Car was called when a number of cars came together. Once racing resumed, he struggled with a lack of top end speed which made overtaking difficult, even with the slipstream. Unfortunately, after the race he was adjudged to have re-joined the track in an unsafe manner and was excluded from the results. In the second contest Matt made an excellent start and jumped into sixth, before fighting his way into fourth position. However, from there he was unable to keep pace with Max Esterson ahead as once again the top end speed was lacking in the engine. Slowly falling back into the clutches of the pack behind he was unable to offer much defence and slipped back to seventh, holding on to that position as he crossed the line.The JHR Developments driver made a good start to the final race, featuring the reversed grid. After slipping back at Eau Rouge, he then made up six places in the early laps before the Safety Car was called which quickly turned into a red flag for a big incident, though thankfully the driver involved was unharmed. The race resumed behind the Safety Car with ten minutes on the clock, though there were closer to six minutes remaining when the field was released at the end of that lap. Matt made up further positions before the Safety Car was again called with the race finishing under caution. However, after the race it transpired that the grid had not been set correctly for the restart and the stewards declared the race after the opening lap, before the initial red flag, meaning Matt’s hard work was for naught and he was classified back in 15th position, a real disappointment for the youngster. There will be little time to reflect for the teenager and his JHR Developments team as the next three rounds of the season will take place next weekend (July 30/31) on the Silverstone Grand Prix circuit, with pre-event testing on the Thursday and Friday.