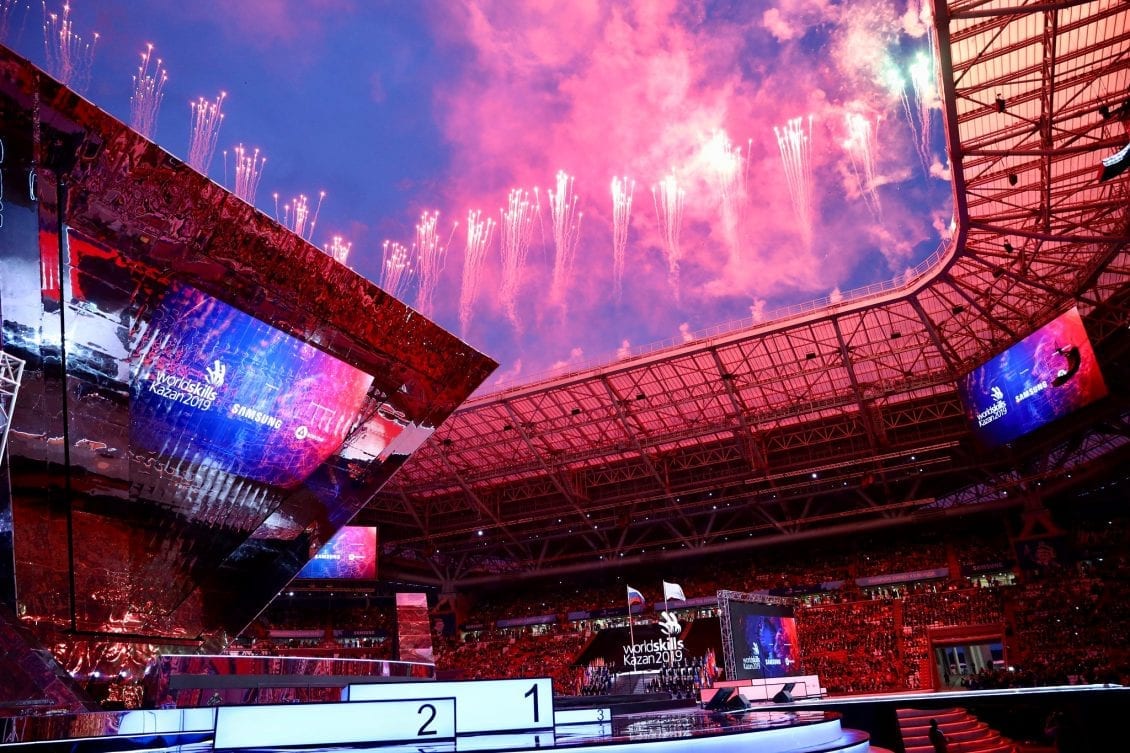 Named Apprentice of the Year in this year’s Cambrian Training Company Awards, Mitchell, 27, from Penarth, has his sights on a long and fulfilling career in the industry.

To enhance his cooking experience, he has volunteered at the Michelin-starred Restaurant James Sommerin and worked as part of a team delivering VIP catering at the Principality Stadium.

He attributes his interest in cooking to his grandparents who grew their own fruit and vegetables. As a child, he would help pick the crops and then cook them with his grandmother.

However, his first job after leaving school with nine GCSEs was in Thompsons Family Butchers, Penarth, where he had worked at weekends and in school holidays.

He spent 18 months learning butchery skills before opting for a career change, becoming a barista for Starbucks in Cardiff. He ended up being promoted to a coffee master, running seminars at the company’s Cardiff Bay drive through to help customers identify flavours in different coffees to match them to food.

After three years with Starbucks, he joined CH&CO, learning the ropes as a porter before working his way up as a chef with training support from Cambrian Training Company.

CH&CO works with Cambrian Training Company at the National Assembly of Wales as part of its commitment to support Welsh businesses.

“When I started at CH&CO, I had never been in a working kitchen before and it was quite a daunting task as everything was fresh and new to me,” he said. “I have had great support from the head chefs and from my tutors who are all helpful and understanding people.

“To underline how effective they are, I achieved my level two qualification with a score of 98% and then completed my level three in 18 months. I am now considered competent to run the main catering section at the National Assembly.”

His busy workload is varied and can involve preparing hundreds of meals a day, providing hospitality buffets and canapés and restaurant fine dining for Assembly Members.

As for the future, Mitchell, who plays amateur ice hockey in Cardiff and rugby for Old Penarthians, says: “I want to get the level four qualification under my belt and see where it takes me.

“Because I have only ever done contract catering, I think that’s where my future lies, although I would like to run my own catering unit.”