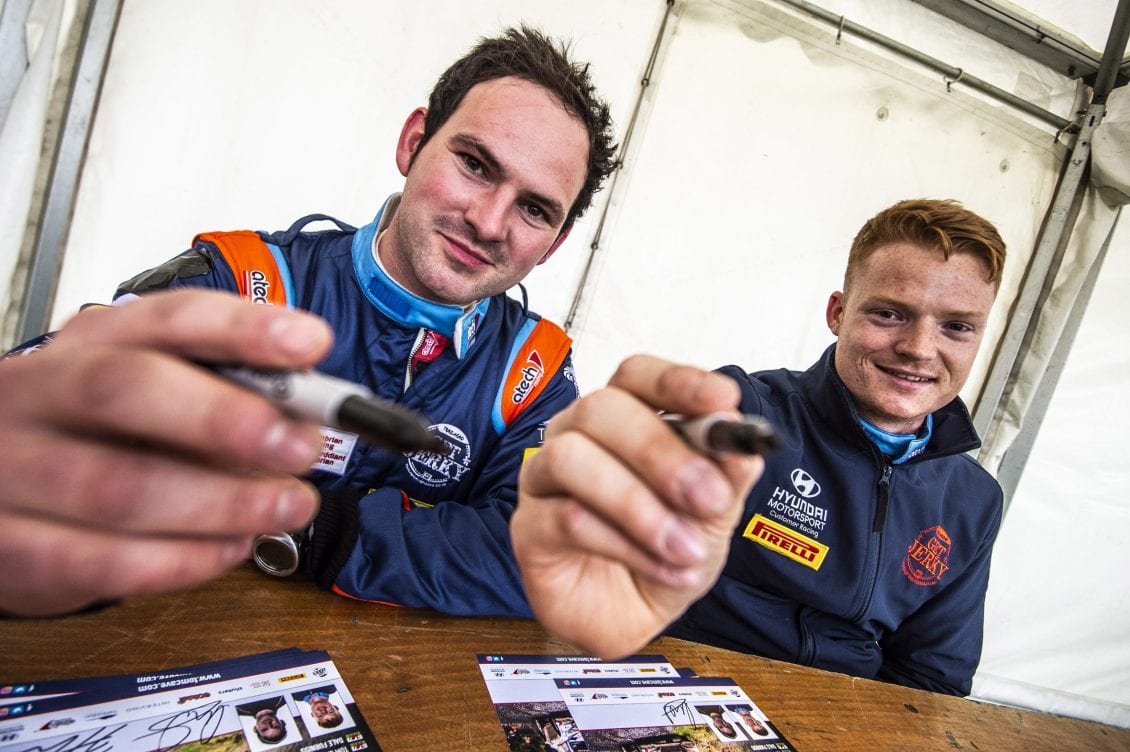 “Considering this was Dave and Ross’ first rally competition together, they gelled really well. Particularly in light of the uncomfortable with conditions heat from the environment, heat from car and fireproof suits with no way to cool down. What pleased me is that Dave said Ross is definitely the best that he’s ever had as a co-driver, which says a lot. The reaction to the car in Barbados blew us all away it was spectacular site to see crowds of people queuing up to see the car and engine and take photos. Howard Davies an ex rallying champion codriver and commentator. Said on the speaker… just listen to that BDG engine roar all that’s missing is the trees in Wales for it to reverberate off. Wow!”

“We didn’t start that well we got  73rdseeded at King of the Hill but we made it up brilliantly. It was so superb to get the results we did when we were competing against the locals out there in Barbados. My favourite part if I’m honest was getting to the finish line with the results we got. It was the hardest rally event I have ever done in my rallying career. It was a lot more difficult than I had originally thought. I really got into it on the main rally making up places and with a superb finish. I would just like to say a massive thank you to Rob Weir and Ross Weir for asking me to build the rally car and be the driver for the team. It’s been a great honour and privilege and a truly unforgettable experience.”