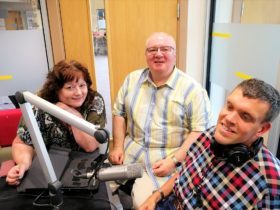 Classic comics are the new rival to gold and fine wines for investors, very collectable and likely to increase in value, according to a man with over 100,000 of them.

Stuart Stevenson has 40,000 American comics, some dating back to the Sixties and Seventies at Rhyl Comic and Disc Co, in the town’s Wellington Road and even more back home in Chester where he has a second shop.

He also has his eye on one of the rarest of all – a 1963 original Spiderman comic from the USA which could be worth up to £25,000 after selling for a few cents originally.

Spiderman was created for Marvel by the legendary Stan Lee, also responsible for X-Men, Iron Man, Thor, the Hulk, the Fantastic Four, and his death this month is only likely to push prices even higher.

It’s the kind of unique shopping offer that Denbighshire County Council’s #lovelivelocal campaign promotes as part of the diverse and vibrant shopping experience available on the county’s high streets.

The campaign will see Stuart and other retailers across the county featured on a series of videos on social media to praise the quality and variety of shops in Denbighshire.

Stuart, 61, who has been in business in Rhyl for 25 years, said: “Comics are now a high end investment, and reckoned to be about the fourth most valuable investment product in the world.

“The most expensive comic book ever sold is Action Comics 1, the first to feature Superman which originally sold for 10 cents and since then four copies have sold for over $1 million each and one went for $3.5 million so you can see what a good investment they can be.

“I am hoping to buy a bundle of comics from a collector for £10,000 and he says that one of them is a first edition Spiderman but as with so many things it’s down to condition.

The Rhyl store is an Aladdin’s cave of comics, vinyl records, boar and video games and their memorabilia.

Each week Stuart and store manager Shaun Johnson take delivery of a consignment of comics from America and their collection in the shop is all neatly catalogued by character including such classics as the Mighty Thor, Captain America and X-Men.

Other stock comes from collections or individual items that people bring in and some of those who comes through the shop door have travelled a long way to hunt down a particular issue.

Stuart said: “We recently had two collectors from Japan who ordered a comic online and insisted on coming here in person to pick it up even though we would mail it to them usually and in the last two years our online sales have grown to over 20 per cent of our business is online.”

Stuart chose to open in Rhyl back in 1993 because of the number of visitors the resort town has.

He said: “The population here is over 20,000 but you can more than double that in the summer and there are lots of interesting and unusual shops here.

“Rhyl is a busy place and it’s great for me because I can travel here from Chester by train and we have a steady stream of customers.

“At this time of year we find many people are buying as gifts because they have family or friends who are into comics or particular films or looking for old vinyl classic records because many of them can be very valuable too.

“Star Wars is still a big favourite helped by the new generation of films coming out and the same is true of the Marvel movies which are bringing the heroes of the classic comics to a new audience.

“And they have a very relevant message because the stories are often highly moral and about topical subjects like alienation and helping people who are being oppressed.”

Gaming is a big part of Stuart’s business too and the shop has a floor dedicated to games and holds regular evening meetings for video and board gamers.

Council Leader and Lead Member for Economic Development Hugh Evans OBE said: “We are helping to highlight the great retail offer right here in Denbighshire and encourage shoppers to see what is on their local high streets.

“Our retailers offer great value for money and a wide range of products, they also provide excellent customer service and we want to play our part in showcasing the fantastic businesses we have throughout Denbighshire.”

As part of the #LoveLiveLocal campaign, Denbighshire County Council are rolling out a series of short video clips to highlight what the county has to offer shoppers and shoppers can support local independent businesses by using the hashtag on Twitter and Facebook to share good experiences they’ve had as well as promote products and services locally they have ‘loved’. 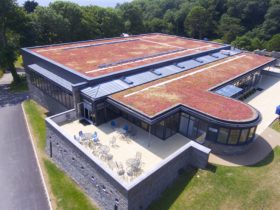