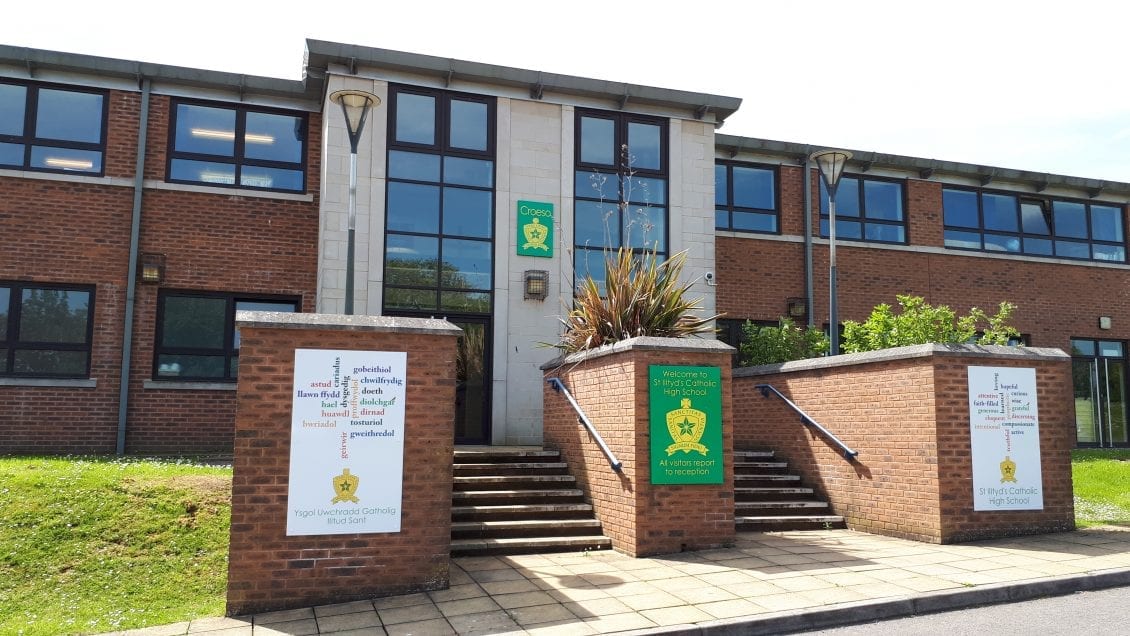 A group of learners from a college in the south Wales valleys have seen their creations take centre stage in the limelight at this year’s British Academy Cymru Awards.

Six budding prop makers from Coleg y Cymoedd have been busy bringing to life the iconic masks for the annual British Academy Cymru awards ceremony set, after teaming up with the charity on the project.

These included a one-meter high mask prop for the set, as well as dozens of other masks which were scattered backstage, throughout the event’s after party and to be used in photos with guests.

Learners on both the Higher National Diploma (HND) in ‘Creative Production Arts’ and the BA (Hons) in ‘TV and Film: Prop Making’ were given the opportunity to take on the exciting challenge.

Both courses are designed for learners looking to follow a career in special effects or prop making for television and film, with both courses incorporating a strong emphasis on practical work experience.

Emily Wright, 29, from Llantrisant, one of the college learners involved in the project said:

“Being involved in creating the masks has been an amazing experience. I jumped at the opportunity when it was offered to us as BAFTA is such a big name and fibre glassing is an important skill to have as a prop maker, so this was a great opportunity to further practise this skill and create work of a high-quality industry standard. I also had the opportunity to teach other students how to do the fibre glassing and really enjoyed passing on skills that I had learnt within industry.

“The experience has been great in terms of building my portfolio – BAFTA is so instantly recognisable and will definitely be attractive to potential future employers. It has reinforced by ambitions of wanting to become a prop maker, particularly for theatre, festivals and big events.”

The project collaboration with Coleg y Cymoedd came about thanks to the college’s relationship with prop and set supplier DRESD, who put course tutors in touch with BAFTA Cymru after originally being offered the work.

Following a design briefing to the learners from Rebecca Hardy, Awards Manager at BAFTA Cymru , who also provided the relevant equipment for the project, the learners got to work building and decorating the masks using fibreglass techniques, putting the skills they have learnt during their studies into practice.

Alistair Aston, course leader on the BA (Hons) in TV and Film Prop Making at Coleg y Cymoedd said: “Gaining industry experience and building contacts within TV and film is extremely important for learners looking to pursue a career in this field.

“We aim to give learners on our courses plenty of opportunities to meet key people working in the industry and go out and work with local and national production teams. Past learners have worked on some fantastic projects such as Doctor Who and Casualty, as well as a number of feature films.

“We are extremely thankful to BAFTA Cymru for allowing learners to be involved in the awards. This has been a fantastic experience for all involved and the learners have been very excited to develop work for such a prestigious event. The experience will equip learners with work-ready skills and a network of industry contacts to draw on when they leave.”

Following the success of this year’s collaboration, the college is now in talks about how it might be able to help BAFTA Cymru in the future.

“We have thoroughly enjoyed teaming up with learners at Coleg y Cymoedd for this year’s British Academy Cymru Awards. As well as the more well-known actress and actor categories, the BAFTA Cymru are very much about celebrating and championing those working in the many craft areas of the industry and we are committed to supporting the next generation of talent.”