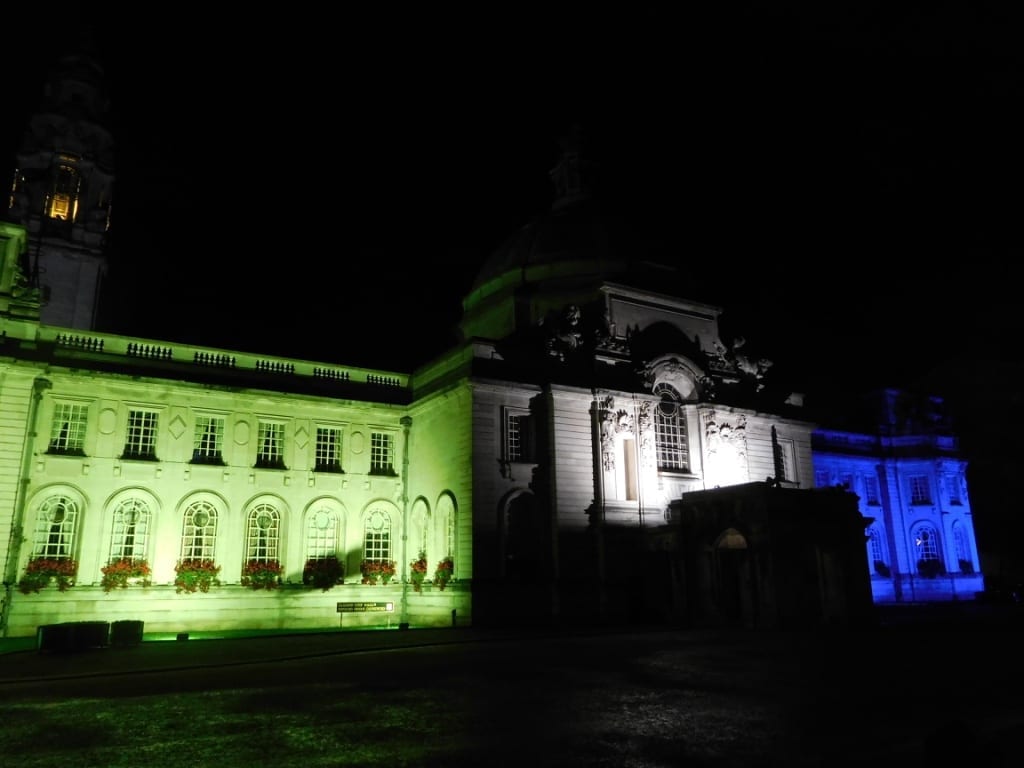 Welsh landmarks fill the night with colour for cerebral palsy

A troupe of burlesque dancers surprised people enjoying the sunshine in Cardiff Bay this weekend – performing a flashmob in aid of a charity which has supported some of their dearest members.

Cardiff Cabaret Club’s Burly Girls were among Marie Curie collectors, diners and walkers who suddenly surprised everyone around them by bursting into a routine to The Greatest Showman’s This is Me – all in aid of the terminal illness charity, and in memory of their friend, Lorrainne Castellano.

Marie Curie provides care and support to people living with a terminal illness, and their families at their Cardiff and the Vale Hospice in Penarth, and also through its nursing service across Wales, including Hospice at Home.

A former member of Cardiff Cabaret Club, Lorrainne was cared for by the team at Penarth, both through the clinical nurse specialist team upon her diagnosis for peritoneal cancer – and later through stays at the hospice.

She died at the hospice in January this year, having defied an initial 18-month prognosis from doctors in 2013.

Troupe member, Ceri Lambert, has assisted Cardiff Cabaret Club director Stephanie Gawne in organising the event, with around 30 members of the “Burly Girls” group, along with family members, taking part.

“I only knew Lorrainne in the last year of her life, but I could see how much she meant to everyone and the impact she had on everyone,” said Ceri, who was passionate about doing something to support Marie Curie.

“We all wanted to do something for Marie Curie, and when the idea of a Flashmob came up, everyone was really excited.

“I liked the film, and when I was watching it, I thought, the song was just about us Burly Girls.

“Foo (FooFoo Labelle – Stephanie Gawne’s burlesque name) has really created an amazing and inclusive environment, we are all ages, shapes and sizes.”

When the group decided to take on the Flashmob, they were also aware that the husband of a fellow Burly Girl, Sufia, was also receiving support from Marie Curie.  Nick has recently returned home following a stay at the hospice.

“Everyone has been so focused on it, we’ve only had three rehearsals (so far), I think 6 hours in total,” she said speaking a week ahead of the event, adding that FooFoo Labelle’s choreography meant it was all set by the end of the sixth hour.

“The last rehearsal was very emotional, because it meant so much to everyone to be doing it for the hospice.

“Someone said ‘Lorrainne would have been up for this’.  We are so proud to be honouring the memory of our sparkling friend, Lorraine, the best way we know how – dancing.”

Speaking following the event, Ceri added: “Thank you to Dance Space Wales and Chapter Arts Centre for supporting us with rehearsal spaces, and a huge thanks to Mermaid Quay for allowing us to do this in tribute to our friend and for such an amazing cause.”

You can support the Burly Girls in one of two ways: 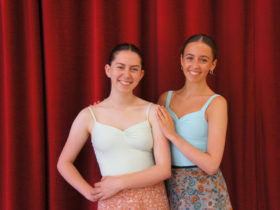