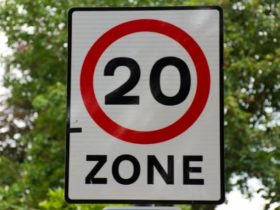 Train companies are making it a struggle for passengers to get compensation by demanding up to 24 separate pieces of information during the claim process, according to new research from Which?.

The consumer champion looked at the online claims forms of 24 operators and found they required between 10 and 24 pieces of information from passengers seeking compensation for delayed or cancelled services – creating an unfair and fragmented system that treats passengers differently depending on which service they use.

Which? has been calling for the rail compensation system to be simplified by the introduction of automatic compensation, given passengers claim for only a third (34%) of journeys where money is owed for delays and cancellations. According to Which?’s annual rail passenger survey, a third (32%) of journeys weren’t claimed for because it was too much effort and for one in seven (15%) it was because it would be too difficult or time consuming.

The worst offenders for having complicated and lengthy claims processes were Greater Anglia, London Northwestern, ScotRail, Transport for Wales and West Midlands Trains – with each demanding 24 pieces of information.

But even the best-performing companies – Chiltern Railways and Heathrow Express – required passengers to provide 10 different pieces of information before passengers can submit a claim when services are delayed or cancelled.

When trying to claim, Which? found passengers were often asked for a raft of seemingly irrelevant details – putting up potentially unnecessary barriers to receiving the compensation they are owed.

The biggest variation between train companies was in the amount of information passengers were asked for about the type of ticket they travelled with.

In the analysis the five worst train companies each required passengers to submit 13 different pieces of information about their ticket in this part of the form, such as whether it was a paper ticket, the cost, class, how the ticket was paid for, whether it was at peak time and the dates for which the ticket was valid.

Yet most of this information could be found clearly displayed on a photo of the paper ticket – which 23 out of 24 train companies require to be uploaded as proof of purchase.

As many as 14 out of 24 train companies also asked passengers to dig out even more detailed ticket information, such as the ticket reference number. In contrast the best performer in this section, Chiltern Railways, only required two pieces of information about a ticket from passengers – the ticket type and proof of purchase.

Passengers were also asked a number of questions about the journey they took. There was a difference of four pieces of information between the companies asking for the fewest details – Heathrow Express with three and Chiltern Railways with four – and the companies requiring the most – Great Northern, Southern and Thameslink with seven.

Six of the train companies asked people to provide the ‘from and to’ journey details more than once within the same form, forcing them to input the journey they took twice.

Half of train companies also asked passengers why they were making a claim or the reason for the delay – the latter being information the train company is better placed to answer and should already hold.

All train companies asked for four pieces of personal information with the exception of Merseyrail which also asked passengers for their date of birth.

When Which? asked these train companies why they asked for this level of detail – responses included deterring fraudulent claims, that it was needed for paper tickets without reservations, the prominence of third party retailers and the defence that customers could set up an online account and store their personal details to make claims easier second time round.

However some train companies have already shown that these complex compensation schemes can be avoided completely.

Which? believes it is deeply concerning that rail passengers have to navigate a compensation maze, which may be deterring some people from claiming the money they are entitled to.

To simplify the compensation process and ensure passengers get what they are owed, Which? is calling for the Welsh Government to introduce fully automatic compensation for delays and cancellations as soon as possible – although train companies don’t need to wait for the government to act and could offer it to their passengers without delay.

“It’s clear this fragmented and confusing compensation system leads to people losing out on a lot of money when they have already suffered enough from unacceptable levels of delays and cancellations. “The technology exists to deliver compensation automatically, but the industry continues to drag its heels, while benefiting from a system that deters passengers from claiming the money they are owed.

“Passengers want to see swift changes, so the Welsh Government must prove it is serious about putting them first by ensuring that automatic compensation is introduced across the network.”

Earlier this year, Transport for Wales introduced the Delay Repay 15 system, which ensures rail passengers can claim compensation quickly and easily for 15 minutes or more delays. This can all be done online.

What is vital is that passengers are made aware of the Delay Repay 15 scheme and importantly, how to access it to submit a claim. You can submit a claim online or by downloading a form here.

“It is incredibly important that customers are able to claim compensation as easily and quickly as possible when they are delayed and we would like to thank all those customers who gave their feedback to Which?.

“We are continually reviewing this process to make claiming straightforward for our customers and earlier this year introduced Delay Repay 15.

“While we do require certain pieces of information, this allows us to resolve the majority of claims within 48 hours whilst filtering out potentially fraudulent claims.”