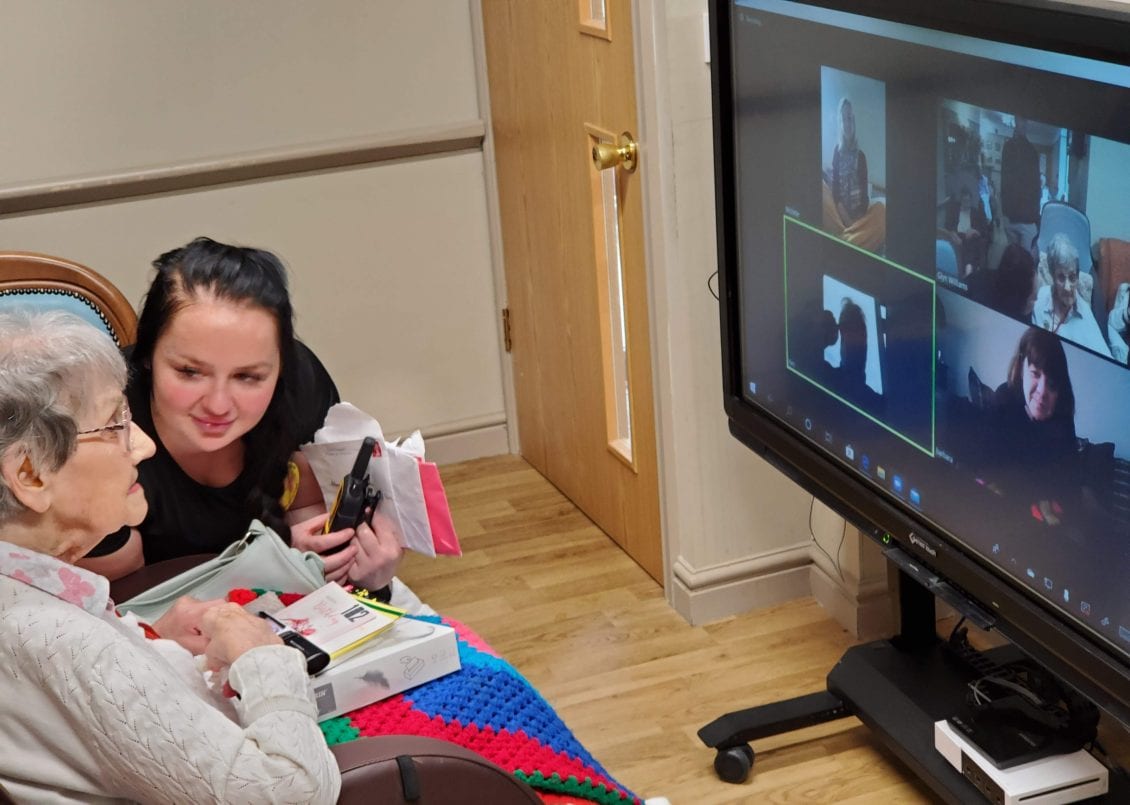 An Anglesey woman who survived a horrific cycling accident, tuberculosis and meningitis in her younger days celebrated her 102nd birthday under a Coronavirus lockdown at the care home where she now lives.

But thanks to technology Doris Hughes was able to see her son and other family members as they joined the birthday party via a social media platform shown on a big screen at the Gwyddfor Residential Home in Bodedern, near Holyhead.

Doris’s son, Ken Hughes, a retired teacher who now spends time composing and recording music, who lives near Wrexham says while it was disappointing, he couldn’t physically be with his mum on her big day at least they could see each other on screen.

He said: “It’s absolutely understandable at this time. Quite rightly the owners of Gwyddfor Residential Home, Mary and Glyn Williams, are being very cautious and that has to be the right thing to do.

“I had planned time off and I was going to go down to Anglesey to spend a week with mum, taking her out on trips but I had to cancel. At least through WhatsApp we were able to see and talk to her. It’s been amazing.

“My sister who lives in Northern Ireland was able to see and talk to her too as well as my niece. And care home staff who are self-isolating at home joined in, it was lovely. She’s as bright as a button and clearly enjoyed chatting to us.

“I would like to add my sincere thanks to Glyn for going one step further than the use of WhatsApp and organising a Zoom event so that the family could share mum’s birthday together.”

Ken says his mum really has had a remarkable life.

He said: “She was born on March 28, 1917. near Llangefni and was the daughter of Thomas and Hannah Jones. She lived on Anglesey almost all her life. She had several siblings, some who died very young.

“She married Gwilym Hughes, who was a merchant navy chief cook, in 1942 when they were both 24. They were married Mount Pleasant Chapel, Holyhead, and remained dedicated to each other until dad passed away in 2014.

“Dad mainly worked going back and too to Ireland, across the Irish Sea, and occasionally down to Fishguard, places like that. I have a sister Brenda, 75, who now lives over in Northern Ireland.

He added: “She had a terrible cycling accident as a young woman. She was going down a steep hill and out her feet on the handlebars as she wanted to protect her stockings!

“But she somehow collided with a vehicle and was quite badly hurt. I know she lost most of her teeth and had other injuries.

“Then she contracted meningitis which she survived and later tuberculosis. She was placed in Llangwyfan Sanatorium, near Denbigh, which was a place where TB patients were treated.”

He said: “This is another superb example of our wonderful Care Forum Wales using their ingenuity and modern technology to find ways to circumvent the current problems and ensure that Doris Hughes had a memorable birthday celebration.”

Care home proprietor Glyn Williams, who is a member of Care Forum Wales, says they have introduced a strict infection control policy to ensure the Coronavirus infection is kept out of the home.

He said: “It is obviously a shame Doris couldn’t have visitors to see her on what is a momentous day. However, we have been able, through technology, to ensure her son, daughter and other family members got to speak to her and see her .

“Other residents were keen to have a party with Doris, and she wanted to play bingo so that’s what we did. The video call went really well and some staff members who are self-isolating at home rang in which was nice. Doris absolutely loved it.”

Glyn says he and his wife Mary, who bought the care home after he retired from the military after 25 years of service with the RAF, have set up a strict hygiene policy to ensure residents are kept as safe as possible during the Coronavirus pandemic.

He said: “In the military I was trained in Nuclear, Biological and Chemical warfare and our facilities manager, Steve Heath, also served with the Welsh Guards. As a result, we know what we needed to do.

“We have stopped all visitors from coming to the home and we now have a facility at the front of the home which all staff and health professionals have to go through before they can come in.

“They first go through a red zone. That involves a mat soaked in a sanitizing solution. They then take of shoes and thoroughly wash their hands. All personal possessions are also sanitised.

“They then move to an amber zone where they change into shoes that are left at the home. They need to walk in those shoes across a second sanitising mat and they also have their temperature taken.

“Only then can they move to the green zone. That’s where we will bring residents to meet district nurses or other health professionals. Staff can then enter the home although we are reducing the number of shifts to cut down on footfall.

“Doris has been very understanding and hasn’t let it ruin her day. Her son Ken and other family members have been able to call in and Doris has seen them on the big screen. This of course is technology that would have seemed very alien 102 years ago.”

How to keep fit and healthy if you’re over 70 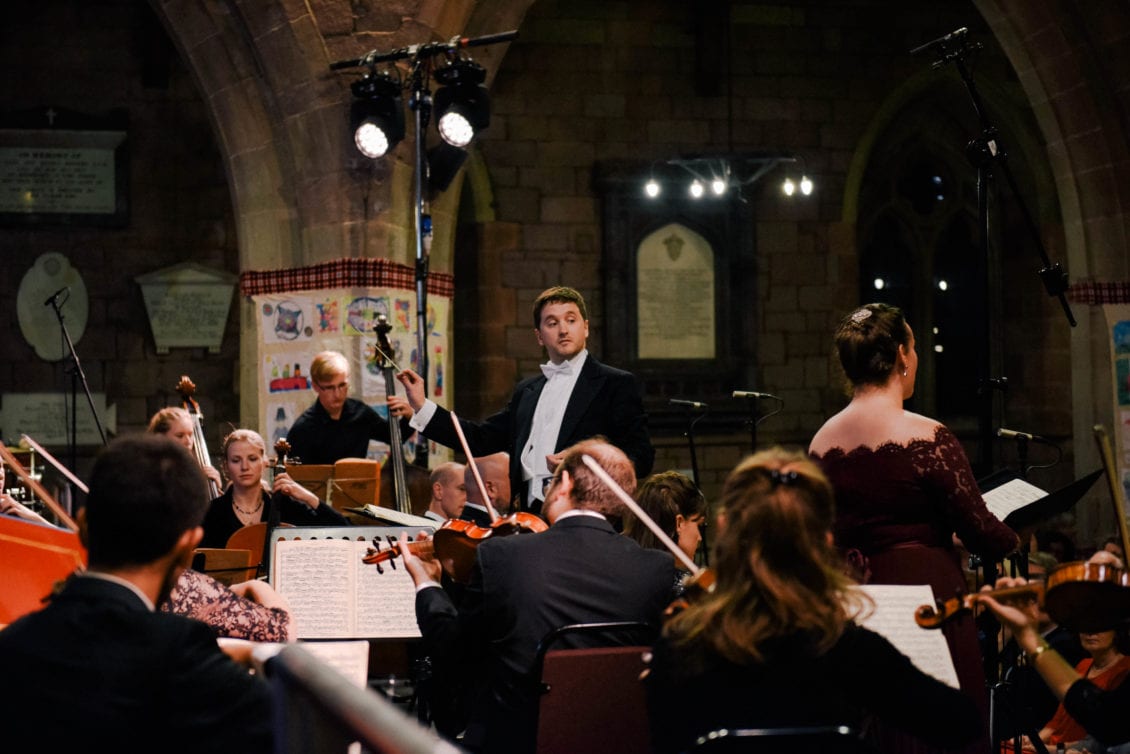 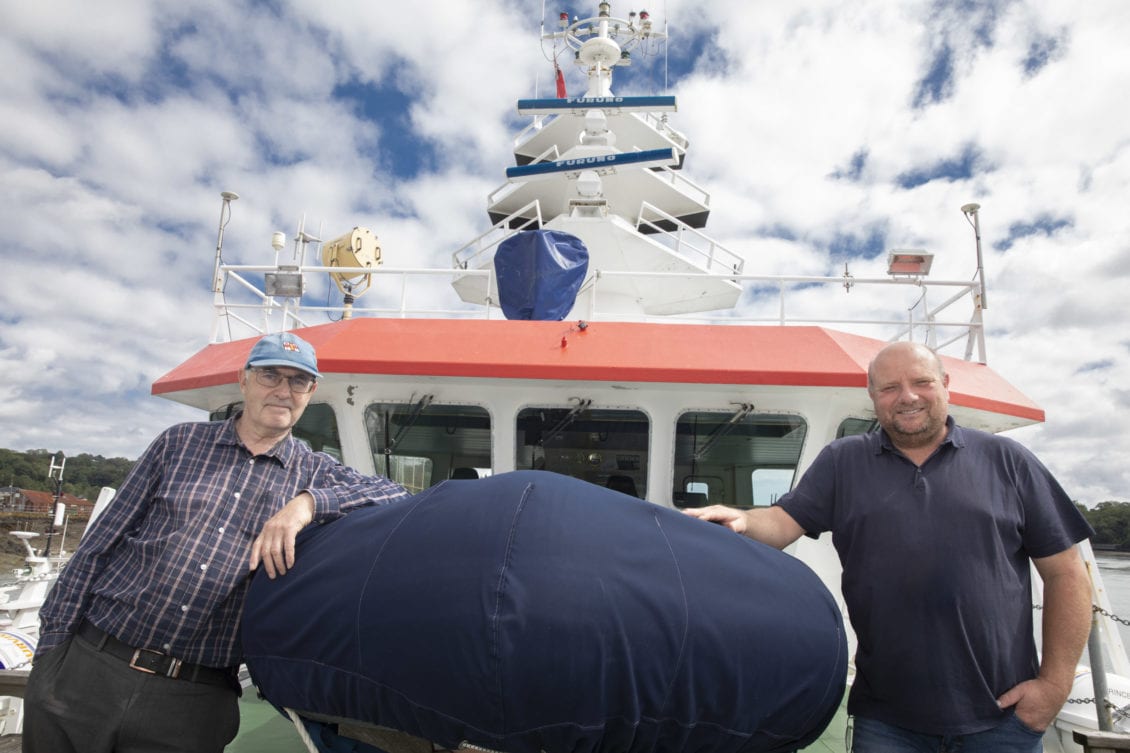 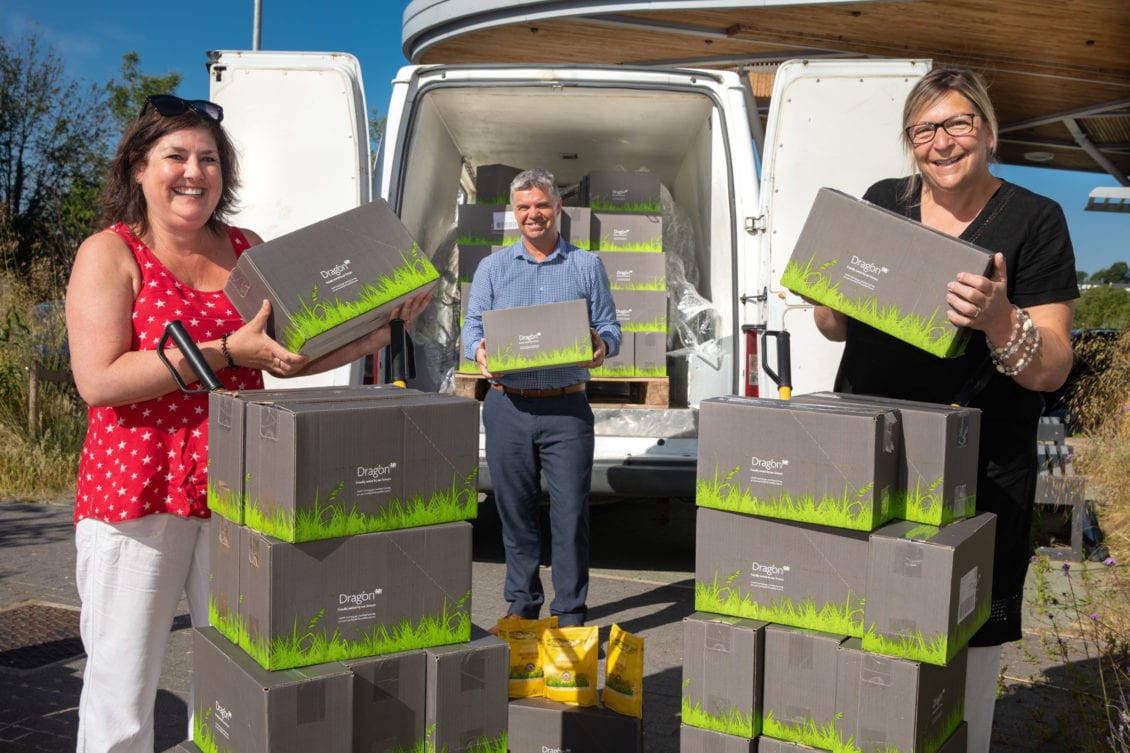