The brewery development will be funded through a £500,000 equity investment campaign that is currently live on Crowdcube – with investment levels starting from £11. The brewery is anticipated to be fully functional by October 2021. When completed, it will initially create six new jobs.

“We are looking at sites along the M4 corridor, between Carmarthen and Cardiff, and plan to open in October 2021,” said Drop Bear’s sales and marketing director, Joelle Drummond; who founded the Swansea-based company in 2019 with Sarah McNena.

“It’s been a challenging year for everyone, but creating the Drop Bear Brewery was always part of our plans. The change to our business model due to COVID-19 has only reinforced our belief that this is the right move for Drop Bear. We’re feeling confident and excited at the prospect of creating Welsh jobs in a time of job losses and redundancies.”

“Our sales have grown by 2000% this year and the alcohol-free sector has continued to grow. Drop Bear is well established as a major player in the alcohol-free industry and having our own craft brewery will help us to gain a bigger share of that market through increased margins and further adaptability. It will be the first alcohol-free brewery in Wales, and only the second in the UK.”

While relatively new entrants in the predominantly male-dominated world of brewing, Joelle and Sarah have quickly become a force to be reckoned with. Promising to ‘disrupt’ the traditional view of the non-alcoholic beer market, they adopted the mantra ‘Dropping the alcohol, perfecting the craft’.

They have been successful in that aim, and in a short space of time, have received several prestigious beer awards, as well as plaudits for their business acumen – including a Great British Entrepreneur Award and two Welsh Start Up Awards.

More recently, Drop Bear’s beer has received international recognition at the World Beer Awards, as well as at the Great Taste Awards, and the ‘Imbibe No & Low Taste Awards 2020’.

Fast approaching quarter of a million bottles brewed, overseas sales have taken off too, with exports to Germany, Spain, Canada, USA, and Australia.

The outdoors-loving millennial pair epitomise the healthy lifestyle conscious market they want to capture, and they have been gearing up for the traditional ‘Dry January’ period.

Said Joelle, “Our customers are a combination of craft beer enthusiasts who sometimes need an alcohol-free option and those who abstain from alcohol entirely. Whatever your reason for drinking an alcohol-free beer, Drop Bear means you no longer need to compromise on flavour or craft. Sarah and I started brewing because we wanted to prove that real beer doesn’t need alcohol to have fun.”

Drop Bear’s 100 per cent natural beers with punchy, exciting flavour profiles have gained a rapidly growing legion of fans. While below 0.5% ABV, the beer’s vegan, gluten-free, and low-calorie credentials have captured the zeitgeist of the drinks market. 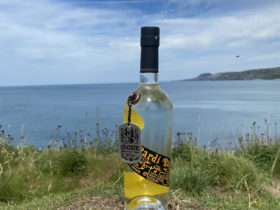 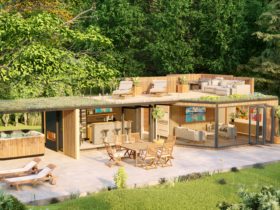 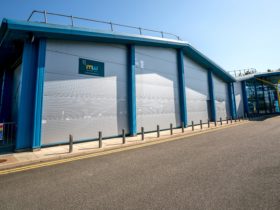