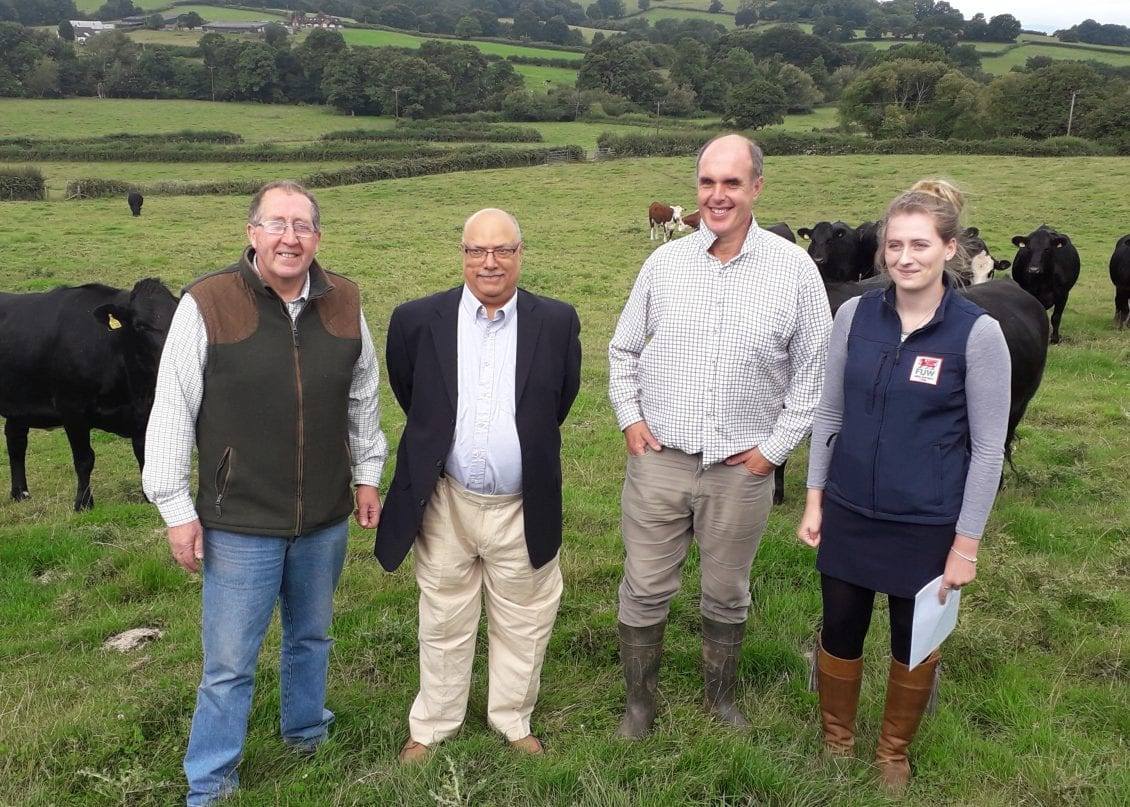 Substantial changes to farm policy a worry for Monmouthshire farmers

Farmers have hit back at claims over the role of farming in the decline of curlews and other species, saying environmental charities and advisors must take their fair share of the blame for policies which have led to habitat degradation and increased predation.

The RSPB claims farming practices are partly to blame for a drop of 80% in the number of curlews in Wales since 1990, but farmers say environmental policies on vast areas of curlew habitat were based on advice from environmental charities and advisors – and that many of these have been particularly damaging for species such as curlews.

Around 40% of Welsh agricultural land is subject to environmental scheme rules, with the percentage far higher in key upland areas which were once core nesting areas for curlews.

“Many areas which were once full of nesting curlews have for two decades or more been in schemes that have reduced grazing drastically, and the curlews have now gone – so it’s clear that the advice from environmental charities and advisors about reducing grazing was wrong,” said FUW President Glyn Roberts.

The RSPB has admitted that vegetation overgrowth is having an adverse impact on suitable nesting habitat and that grazing levels need to be increased to help curlews and other species such as golden plover.

“Overgrowth of vegetation on land which was previously ideal for curlews and other species is a direct result of undergrazing, often as a result of environmental scheme rules, and farmers who took great pleasure in the curlews which once nested on their land are extremely angry that their warnings about the adverse environmental impacts of removing animals from habitat were ignored.

“It’s welcome that this problem is finally being acknowledged by the likes of the RSPB, but there also needs to be some acknowledgement that the policies which led to drastic cuts in wildlife were based in the first place on advice and lobbying by environmental charities and advisors.”

The RSPB’s state of birds in Wales report, published in December, states “…curlews show a preference for habitats with lower vegetation densities and only moderate rush cover” acknowledging that where livestock densities have been greatly reduced compared to historic levels “…it is highly likely that habitat conditions will have deteriorated for curlews.”

Mr Roberts said that undergrazing also represented a risk to upland species due to the increased risk of wildfires during nesting periods.

“In only the last few days we have seen major fires on upland areas of Wales and England on land where undergrazing and a lack of management has led to vegetation becoming overgrown and more susceptible to wildfires.”

“Grazing and managed burning at appropriate times of the year previously led to ideal habitat for curlews, but we now face a situation where undermanagement and undergrazing mean fires are burning out of control during nesting season.”

“Many of the most problematic predators are harboured by Welsh Government forestry plantations, and efforts by Natural Resources Wales to control them are now negligible, whereas the Forestry Commission previously paid significant sums for pest control.

“Farmers are sick and tired of being scapegoated by some as being responsible for species decline, and it is high time the full picture was made clear – including the role that poor advice from NGOs and others about reducing sheep numbers, forestry plantations and other factors have had in destroying habitat and wildlife.

“The bottom line is that what is needed on many areas is more agriculture, not less.”