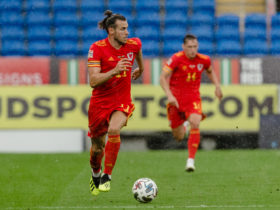 On 11 June 2021 the European Football Championships will officially begin, which for the first time will take place in different countries of the continent, ending on 11 July with the final at Wembley Stadium in London.

All football lovers are anxiously awaiting for the kick-off of the tournament, as the European Championships have been postponed for a year due to the Covid-19 emergency. Bookmakers have been active for quite some time to offer bettors the best odds and markets on the tournament. Obviously, the most important odd concerns the national team that will win the tournament, but there are many other markets that are very popular all over the world – you can find them on bettingsider 24.

The most difficult group – Portugal, France and Germany

Analyzing the group stage of the 2021 European Football Championship it is immediately evident that the most difficult will be Group F, with Portugal (reigning European Champion), France (World Champion) Germany and Hungary.

It is indisputable that France, Germany and Portugal could be three of the favorite teams to win the tournament and score many goals. Yet it must be considered that in the very first matches they will have to clash with each other and, despite having among the best forwards in the world, the teams can also count on some of the best defenders and goalkeepers in international football. Probably in this group we will see beautiful matches, but at the same time it will be difficult to score many goals against such difficult opponents.

What about Italy, Spain, England and Belgium?

Italy and Belgium face presumably easy groups of the European Championships and could rely on their stars to score many goals especially during the first matches of the tournament. Insigne / Immobile / Chiesa and Lukaku / Mertens / De Bruyne are international top players and they proved their excellent shape during the qualifying rounds.

England can count on two of Europe’s top scorers, Jadon Sancho and Harry Kane, while Spain only relies on Alvaro Morata as their central striker, even though the Juventus player has had ups and downs during the season. The “Furia Roja” does not seem to be as frightening as it was a decade ago, when it was able to win the World Cup and the European Championships in a row.

Netherlands – Good chances to score a great amount of goals

Netherlands during the qualifiers for the 2021 European Football Championships proved to be one of the best national teams in the world, conceding very few goals and scoring a lot, even against famous teams (4 goals against Germany). In the last 17 international matches, the team coached by Koeman have scored 42 goals, scoring an average of 2.5 goals per game.

The new manager is having some difficulties, losing badly against Turkey in the first qualifying match for the 2022 World Cup in Qatar, but we are pretty sure that Netherlands will score a good amount of goals during the group stage against Ukraine, Austria and Northern Macedonia.